​Liverpool are reported to have held constructive talks with forward Divock Origi over a new contract, but shouldn't expect a decision until he returns from holiday - presumably in time for pre-season in early July.

Origi's card looked marked this time last season, with few expecting the Belgian to have any sort of impact at Anfield after enduring mixed fortunes in a loan spell at Wolfsburg in the tail end of the 2017/18 campaign. Nonetheless, he persevered, and found himself as an increasingly important back-up to the front three of Mohamed Salah, Roberto Firmino and Sadio Mane. 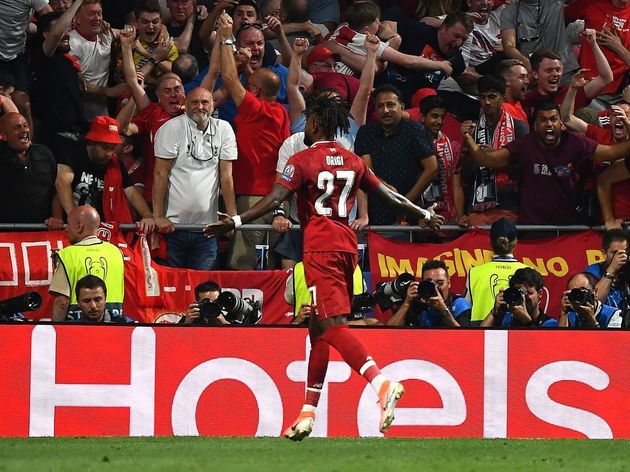 Scoring seven goals in 21 appearances (only seven of which were starts), including goals against ​Barcelona and ​Tottenham that went some way towards winning his side the ​Champions League, he endeared himself once again to the Anfield faithful, who are now clamouring for him to sign a contract that will keep him at the club beyond the end of next season.

And the club are too, it seems, as HLN journalist Kristof Terreur reports that ​Liverpool have had 'positive talks' with the player's representatives in recent weeks.

Liverpool and Divock Origi’s people had positive talks about a new contract just before the player went on holiday. There’s a good contract offer on the table now. Up to the player to take a decision when he returns from holiday. #lfc pic.twitter.com/EsrGBXjbNO

He has previously been noted as nonplussed about signing extended terms, seemingly happy to see out his current deal and see what the future brings, but is believed to seek assurances over gametime as a priority to any financial incentives.

Whether or not such promises are included in the offer Liverpool have on the table, then, remains to be seen, but even if the contract isn't signed, it seems he will be staying with the European champions for at least another 12 months. Liverpool will ​reject all approaches for him this summer, seeing his attitude and versatility as assets that are worth holding onto even at the risk of losing him for free down the line.