​Liverpool's goalkeeper kit for the upcoming 2019/2020 season has seemingly been leaked online, with a significant change in colour on the cards.

​After images of the Reds' New Balance home shirt for the next campaign was leaked online on Monday, pictures of the shirt Alisson and Simon Mignolet could be donning next season has also nowseemingly been revealed.

As revealed by ​Footy Headlines, the goalkeeper kit for ​Liverpool next season is likely to represent a major shift from the vibrant yellow, green and pink varieties seen across different competitions this year.

An all-black jersey, the shirt also has the same gold detail and trimming on all the club crest and sponsorship logos that will appear on the 2019/2020 home kit.

The full attire will also have black shorts and socks with the gold logos, whilst the shirt is likely to carry a V-neck collar rather than the crew-neck seen on the other kit.

As ever with leaks, no confirmation has been made by the Reds, although images of last year's kit design were accurately leaked well before the official launch.

With the Anfield side set to negotiate new kit deals for the 2020/2021 season, with Nike and adidas seemingly the favourites to pick up the honours, next season's kit could well be the last created by New Balance. 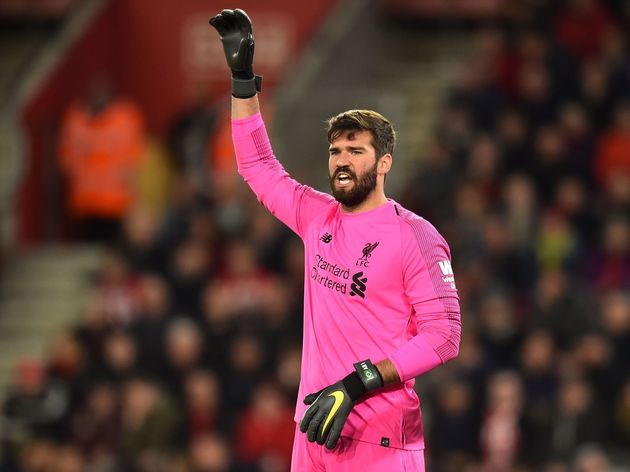 After seeing off Chelsea 2-0 at Anfield in the ​Premier League, Jurgen Klopp's men return to Champions League action when they take on Porto in the second leg of their quarter-final tie on Wednesday.