The actions of Shrewsbury chairman Roland Wycherley are thought to have a left bitter taste in the mouth of Liverpool's hierarchy following their FA Cup fourth round meeting.​

The League One side earned a surprise replay after fighting back from two goals down to earn a lucrative replay at Anfield.

There was then controversy when Jurgen Klopp opted to boycott the replay, along with the first team, instead sending Neil Critchley's Under-23s to take on the Shrews. The Reds would emerge 1-0 victors thanks to a late one goal, but a report from the Daily Mail suggests that there were off field incidents that marred the pair's original meeting.

The tabloid claims that Shrewsbury's chairman Roland Wycherley engaged in a bizarre conversation with Sir Kenny Dalglish, in which he pretended to confuse the club legend with Liverpool's record goalscorer Ian Rush.

A witness told the paper that Wycherley was "...calling him his favourite Welshman and asking him what had happened to his moustache" and continued with the charade even though it was apparent that Dalglish was uncomfortable with the situation.

In the return fixture, Wycherley then caused more trouble - even though Liverpool opted to forfeit their share to the original fixture's gate receipts of £35,000 - by demanding to know where Liverpool's chief executive was.

When he was told that they were not in attendance, he engaged in an 'expletive laden rant', accusing Liverpool of costing Shrewsbury £500,000 by lowering ticket prices and opting to play their Under-23s. 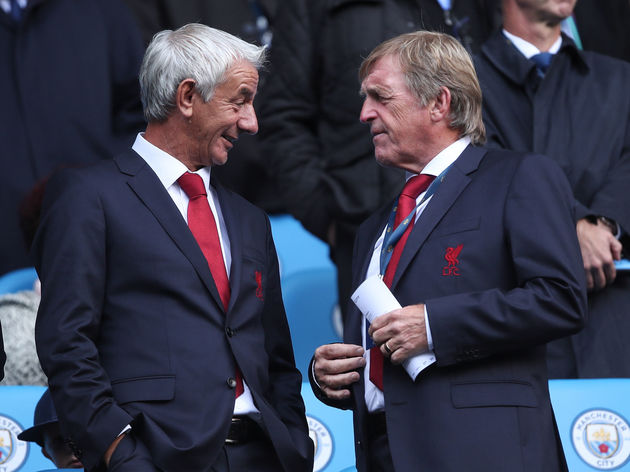 Liverpool are thought to have made their feelings towards Wycherley's unsavoury conduct known, but Shrewsbury insist that he did not mean to cause any harm with his comments.

The Reds' reward for winning that game is a fifth round clash with Chelsea, while Shrewsbury are now left to concentrate on securing their place in League One.