​Liverpool are eyeing up a move for 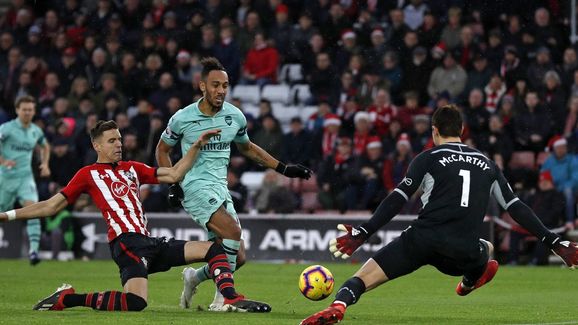 ​The Mirror reports that ​Liverpool have considered a move for English goalkeeper McCarthy since last summer when it looked like Roma were unlikely to sanction a transfer for Alisson to Merseyside.

While it seems unlikely that McCarthy would ever have been a credible alternative to a keeper of Alisson's class, McCarthy is once again in the picture for the backup spot.

The Saints keeper started the 2018/19 season well, playing as number one under manager Mark Hughes and even received his first England cap against the USA in November. However, following the arrival of new manager Ralph Hasenhuttl, McCarthy has lost the number one spot to Angus Gunn, with his future now in doubt. The arrival of McCarthy would see him become the seventh Southampton player to sign for the Reds since 2014, with Virgil van Dijk the most recent to make the move.

Since joining in 2013, Mignolet has made over 200 appearances for Liverpool and is reported to have played an integral role in the dressing room during Liverpool's Champions League winning campaign, despite his lack of game-time.

The likes of ​Cardiff's Neil Etheridge and out of contract former West Ham star Adrian have also been linked to Liverpool in recent weeks.