​Liverpool goalkeeper Simon Mignolet is likely to remain at Anfield next season, with Jurgen Klopp impressed by the player's adaptation to his role as number two.

Mignolet was dethroned as Liverpool's first choice keeper during the 2017/18 season due to the form of Loris Karius. However, following the fallout of the Champions League final defeat in 2018, Karius' errors and susbsequent loan move to Besiktas, Mignolet was not reinstated as number one but has instead been forced to play second fiddle to £67m signing Alisson Becker.

The Brazilian's imperious consistency allowed Mignolet little game time in 2018/19 as ​Liverpool finished second in the ​Premier League and won the Champions League, while the 31-year-old Mignolet made just two appearances during the whole campaign. 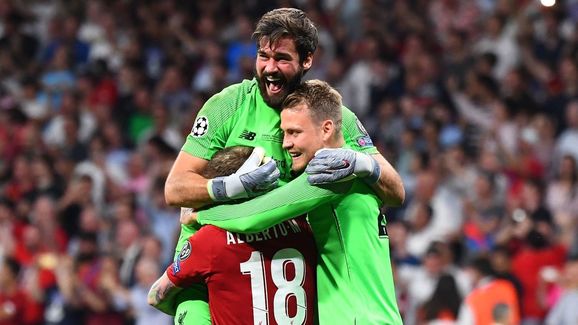 Last summer he made noises about wanting to leave Liverpool if he was no longer first choice. However, it seems as though his perspective may have changed.

According to the ​Times, Liverpool 'expect' Mignolet to stay, with both Klopp and goalkeeping coach John Achterberg impressed by the former Sunderland star's 'unselfish' approach to being a backup. The Times does note, however, that an offer of a permanent move 'from a club that excited Mignolet' could change the situation, but that Liverpool would also need to be offered a 'fair fee'.

​Barcelona had been among the clubs occasionally name-checked in connection with the 21-cap Belgium international. However, their need for a new understudy to Marc-Andre ter Stegen appears to have led them to a move for Valencia's Neto.

Should Mignolet stay, it's quite possible that Liverpool's only first-team signing this summer will be a new left back to replace the departing Alberto Moreno and provide competition for Andy Robertson.