​Liverpool have been handed an injury boost, revealing Naby Keita is expected to return to pre-season training later in July. 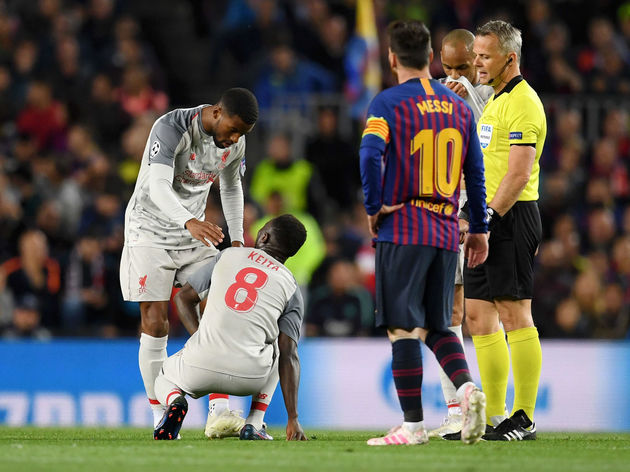 It was ​feared Keita would miss the start of the new season and he returned to Melwood for further examination. However, the ​club's website have now confirmed that the 24-year-old is expected to return to pre-season training later in the month.

The midfielder agreed to join ​Liverpool in August 2017 as part of a £52m deal but was officially unveiled in July 2018 as RB Leipzig wanted to keep hold of their star man for another season. He put in a man of the match performance on his debut as the Reds swept aside West Ham.

However, his first season on Merseyside has been hampered by injuries and the midfielder only managed three goals. Despite this, he was able to help guide his side towards Champions League glory and a second place finish in the league. Liverpool's number eight will now be hopeful he can attend the pre-season tour of the United States between 19 July and 24 July before their first competitive match of the season against Manchester City in the Community Shield.

​Keita will again face healthy competition for a midfield spot, with fellow new signing Fabinho proving his worth and Alex Oxlade-Chamberlain expected to be fit for the start of the season.