Liverpool have been crowned champions of Europe for the sixth time after a 2-0 win over Tottenham in the Champions League final.

Mohamed Salah's early penalty, awarded after just 22 seconds following an unfortunate handball from Spurs' Moussa Sissoko, and Divock Origi's late goal were enough to get the job done for Jurgen Klopp's side in a final that, in truth, failed to live up to the billing.

Mohamed Salah from the spot in Madrid! 

Success for Liverpool lifts them into sole possession of third place in the list of all-time Champions League victories, adding to their previous five successes in Europe's premier club competition.

The win will also help banish the memories of last year's demoralising Champions League final defeat, and also put to bed any lingering disappointment from the Reds' incredible Premier League title challenge this season - where they picked up an incredible 97 points, only to lose out to Manchester City by a single point.

The final itself was contested in sweltering conditions in Madrid, and both sides looked jaded despite fielding full strength sides. For Liverpool

But both teams were lacking quality throughout the encounter, often giving the ball away in midfield 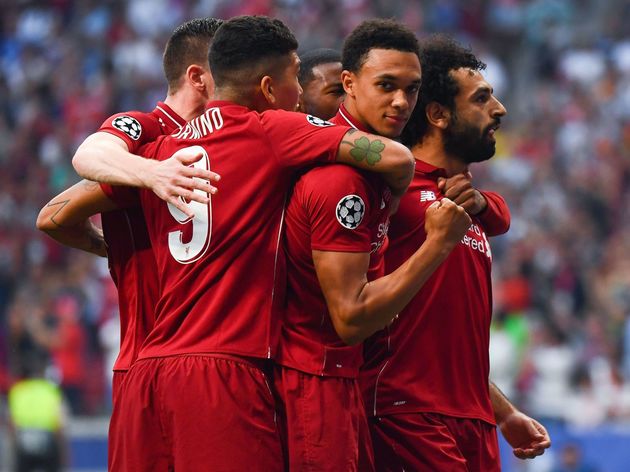 As a result, ​Salah's early penalty - dispatched in the second minute of the game after VAR adjudication - was enough to seal victory for the Reds, with Origi's low drilled finish four minutes adding the gloss to spark wild celebrations among the club's supporters - who are now expected to party long into the Madrid night, as well as on the red half of Merseyside.