Liverpool: The XI That Should Start Against Chelsea

​Liverpool have the unprecedented task of bouncing back from defeat this weekend, as they take on Chelsea at Stamford Bridge following their Napoli reality-check.

Jurgen Klopp's side had been unbeatable so far this term, with a penalty shootout defeat to Manchester City in the Community Shield their only disappointment, but they were put to the sword in the final ten minutes by Carlo Ancelotti's men, who ran out 2-0 victors.

The one silver lining about a defeat at this stage in the season, however, is that you don't have to wait long for an opportunity to bounce back. And that's what Klopp's men will be charged with in their trip south on Sunday.

Here is the XI the German will likely opt for in the UEFA Super Cup rematch. 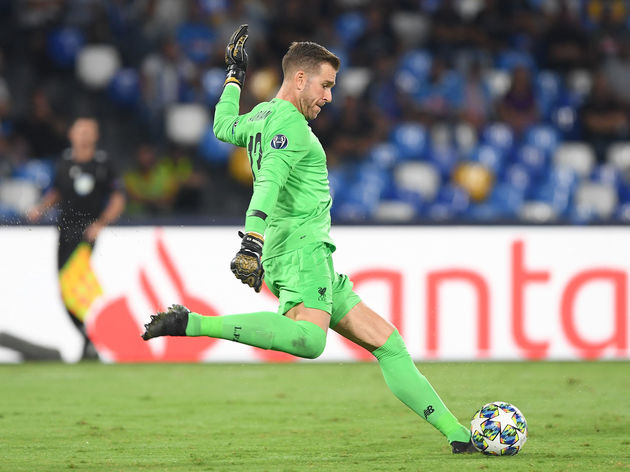 Adrian (GK) - Alisson is a couple of weeks from a return just yet so the gloves remain entrusted with Adrian, who has proved a solid deputy after being thrown in at the deep end straight away.

Trent Alexander-Arnold (RB) - The 20-year-old has played a lot of football so it wouldn't be a huge shock to see him rotated out, but he's been hugely influential so far, so with opportunity looming for a midweek rest against MK Dons, he may just be called upon yet again.

Joel Matip (CB) - Similarly, Klopp might look to tweak his defensive options with Joe Gomez a capable stand-in for either Matip or Trent, but the youngster may just have to wait for another opportunity to re-establish himself. Matip has been the stand-out partner to ​Virgil van Dijk and away to Chelsea isn't quite the fixture to tinker with a tried and tested formula.

Virgil van Dijk (CB) - Made a costly error for the second goal against Napoli but he'd have to be hit by two trains at once to be dropped for a league game. Alex Oxlade-Chamberlain (CM) - Back with a bang, ​Liverpool missed the balance he brings to the midfield against Napoli. Not quite his usual dynamic self just yet, but he brings to the table an unparalleled composure on the ball and carries an attacking punch lacked by the other available midfield options.

Fabinho (CDM) - There's a case for Fabinho as Liverpool's most important player. He's the thread that holds the midfield together and their most effective ball-winner by a distance, which will be key against a ​Chelsea side who make a point of being positive in possession regardless of their opponents.

Gini Wijnaldum (CM) - The Dutchman just keeps answering the challenge. Liverpool could sign Andres Iniesta at his peak and Wijnaldum would adapt his game to keep him out the team. Roberto Firmino (CF) - Klopp's mistake in leaving the Brazilian out last weekend was laid immediately bare when he emerged from the bench to assist the two goals which won them the game - the latter with a preposterous back-heel you could watch until your eyes bleed.

Sadio Mane (LW) - With six goals already, Mane sits a couple clear of Salah at the top of the Liverpool scoring charts, and will once-again be central to the Reds' chances of picking up a win.