​Liverpool will reportedly 'consider' whether to offer a new contract to backup striker Daniel Sturridge, a player who continues to be an important part of the Reds squad but has started only twice in the Premier League this season.

As things stand, Sturridge is due to be out of contract in June, meaning he could leave Anfield as a free agent. The alternatives for Liverpool are to hand him an extension or look to sell in January.

A new deal seems more likely than an immediate exit as a report from the Daily Mail claims that Liverpool have 'no intention' of letting the 29-year-old go this month. That isn't to say that a summer departure has been ruled out, however.

The newspaper notes that Sturridge is 'still valued' by Liverpool manager Jurgen Klopp, with the German seemingly believing that it would be 'difficult' to replace a player of his quality.

It is also said that Sturridge himself is 'determined' to help the club chase silverware in the remainder of this season as Liverpool fight on three fronts - Premier League, Champions League, FA Cup - to try and end of a seven-year trophy drought. Sturridge is reportedly of interest to Milan, Inter, Sevilla, Valencia, Monaco and un-named clubs in the Chinese Super League and so would unlikely be short of options should Liverpool decide against offering him fresh terms or he reject them if a deal is there to be signed.

Sturridge joined Liverpool from Chelsea in January 2013 and soon formed a famous partnership with Luis Suarez that almost fired the Reds to Premier League glory in 2013/14. 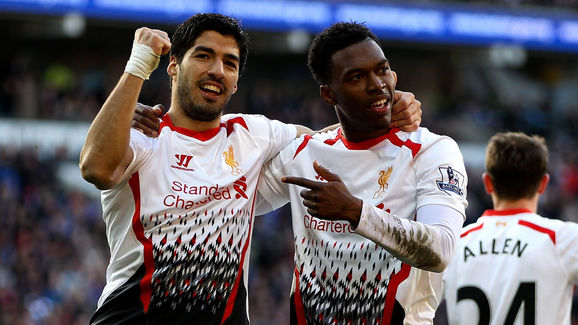 Injuries blighted his career over the next few seasons. But while he has been injury-free in 2018/19, Sturridge is now very much a backup player in the Liverpool setup, with Mohamed Salah, Roberto Firmino and Sadio Mane proving impossible to displace in the starting lineup.