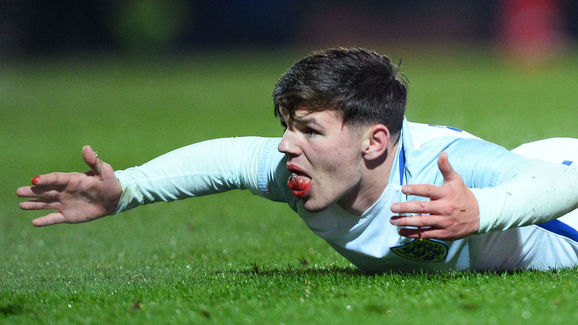 Suspect #LFC youngster Bobby Duncan might be looking for a new agent by the end of this... tweet.

Bobby Duncan is upset about a “small salary” at 18.

I imagine Andy Robertson felt similar 7 years ago, when he didn’t have the privilege of playing for the European Champions.

Look at where he is now. The right attitude is all you need. pic.twitter.com/tbOaCBbne6

You're telling me that within a month and a half, Bobby Duncan's gone from this  to being locked in his room and trying to forcing a move away from the club, all of his own accord? Yeah right. pic.twitter.com/rYeF0Yi8E4

If Bobby Duncan is really suffering from mental health problems, hopefully he gets the help he needs. Not convinced putting it in a statement littered with references to not being paid enough, is the right way to go about it.

The way it's been dealt with is ridiculous. Going onto Twitter with it is crazy. His agent has absolutely thrown him under the bus on this one. I'd be giving him his p45 if I were him.

That Bobby Duncan statement is ridiculous and his agent is clearly an absolute weapon. However, nobody should be bullying him or attacking him on here. If he’s having a shit time mentally then, trust me, it’s already hard enough for him at the minute. Leave the kid alone.

Then Jamie Carragher got involved, sparking one of the weirder Twitter wars you'll see...today anyway. The highlights(?), which include clown emojis and references to Kevin-Prince Boateng, can be found below...

I know Bobby & his family well, he’s young & at that age we all want everything right now. Played for the 1st team in pre season which is a great start & he should try & develop this season & maybe make the bench in Caraboa Cup. That should be the advice you’re giving him you 嵐 https://t.co/RqXd9eupc1

Do you also want to give advice on how to spit at people from the outside of a car? You're the last person to say or know what's really going on behding the scenes. Focus on your job and I'll focus on mine. https://t.co/1bJ6ru7smC

There is a problem & it’s you. You take on the most powerful person at the club besides Klopp?!! Madness. Club will never deal with you again https://t.co/26AP9PXylp

You talking about the glorified data analyst Michael Edwards? The one who doesn't even know that @KPBofficial is a midfielder not a centre forward. Goes to show how much he knows. Oh and he doesn't give a shit about a young players well-being more importantly. https://t.co/mrGD9LSe2B

Anyway, Liverpool Twitter was pissed that anyone would call Lord and Saviour Michael Edwards a mere 'data analyst' and decided to find some dirt on Rubie, which it seems wasn't especially hard to find...

You come for Jamie Carragher and Michael Edwards, you come for all of us.

Still trying not to draw any conclusions but yeah this is Bobby Duncan's agent. Three days ago. Whatever his current situation or the legitimacy of the mental health claims, kid needs better representation. pic.twitter.com/PZIEiJWTdS

Saif Rubie's licence was suspended in 2006 by the FA, he helped Berahino force his way out of West Brom & is trying to do the same for Bobby Duncan. A poisonous influence with a big mouth, handling his business like a child. Hope the club never deal with him again.

Bobby Duncan has now un-retweeted and unliked the statement.