The Reds survived a major scare in midweek, as they let a three-goal lead slip to Red Bull Salzburg in the Champions League. However, Mohamed Salah was able to restore the home side's lead and ensure that Jurgen Klopp and his men claimed all three points in a pulsating encounter.

In the Premier League, Liverpool currently top the pile having won all of their opening seven matches and hold a five-point lead over second-placed Manchester City. Their last match was a tense affair, but a Georginio Wijnaldum strike (and Dean Henderson spill) was enough on that occasion to see the Reds pick up all three points.

Leicester, meanwhile, have made a strong start to the new campaign and appear the most likely of any team to gatecrash the 'top six' party this term. Brendan Rodgers' men stormed to victory last time out with a 5-0 drubbing of Newcastle United, moving the Foxes up into third place in the table.

Here's 90min's preview of the game.

​Liverpool goalkeeper Alisson is continuing his recovery, but his manager hasn't totally ruled out the Brazilian making a surprise return on Saturday. However, the German has maintained that he will not be taking risks with the shot-stopper more likely to be available after the next international break.

Joel Matip is a doubt for the match, but could yet play a part. His manager confirmed that he had been ruled out of the Salzburg clash due to a 'slight knock' he picked up in the win over Sheffield United. Xherdan Shaqiri is less likely to feature than his teammate, having sustained a calf injury and it is unclear yet how long the midfielder could be out for. 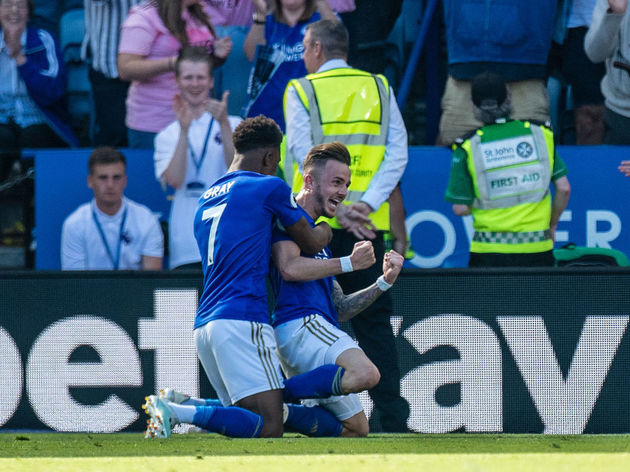 The Foxes, meanwhile, are hopeful that attacking midfielder James Maddison will be fit to face Liverpool on Saturday.

The Englishman missed the win over Newcastle due to an injury he sustained in the clash with Tottenham, but there is growing optimism that he will be able to play some role. Elsewhere, Matty James and Daniel Amartey remain sidelined.

The two sides have gone up against each other on 112 occasions, with the Reds (unsurprisingly) boasting the better record. Liverpool have claimed victory in this fixture 48 times, while Leicester have come out on top 39 times. The teams have also played out a draw on 25 occasions. 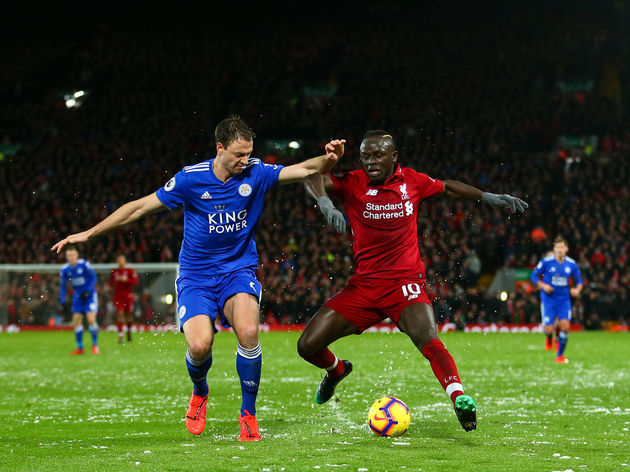 The last meeting between the two in the league came back in January, with the match ending 1-1.

Sadio Mane put the hosts ahead only three minutes in, but current Manchester United centre-back Harry Maguire popped up with an equaliser on the stroke of half-time.

The Reds have been in scintillating form in the league, picking up seven wins from their opening seven games. Klopp's men currently sit five points clear of title rivals Manchester City and will be aiming to maintain this lead.

However, their performances in the Champions League this season have been far from perfect, having lost once and won once. The defending champions slumped to a 2-0 defeat away at Napoli in the first game, before picking up ​a slender win over RB Salzburg. It appeared as though the Reds would storm to victory on Wednesday, but their opponents came back from 3-0 down to equalise before Salah struck the winner. The capitulation at the back in midweek will be a cause for concern for Klopp. ​Leicester, meanwhile, have made a similarly impressive start to the new campaign, currently sitting third in the league. Having defeated Tottenham and ​dealt Newcastle a hammering in recent weeks, Rodgers will be very pleased with what he has seen so far. It remains to be seen whether they are able to maintain such form throughout the remainder of the season, but the early indicators suggest the Foxes are ready to challenge for a European spot.

Here's how the two have performed in their last five matches.

Klopp will be concerned by the fact that his defence was opened up time and time again in the win over Salzburg, with the away side bagging three quick-fire goals. However, he will be confident that his team will have learnt their lesson and will be hoping his side can put in a more ruthless display this time around. Rodgers' Leicester will know the size of the task at hand, but would have seen the match in midweek and will have taken confidence from it. The pace of Jamie Vardy will likely cause problems and the team will believe that they can get a positive result at Anfield.

We can expect a game filled with quality and attacking football and although Leicester are expected to put up a good fight, we expect the Reds to edge this one.