Liverpool vs Man City: 6 Key Facts and Stats to Impress Your Mates Ahead of Premier League Clash

​Here it is then. The Big One.

Liverpool host Man City at Anfield in a match so important that it could well be the focal point of a future episode of Premier League Years, or even get its own documentary available on streaming.

The maths are simple, ​Liverpool win they go nine points clear. ​City win they pull it back to a very surmountable three points at the top of the league formerly known as Barclays.

How we’re lining-up at Anfield 

Draw? Well, it stays as is, obviously.

But who is gonna win? No idea. But here are six of the best pre-match stats and facts (courtesy of Opta) to wrap your retinas around...

Home Is Where the Points Are Liverpool have only lost one (ONE) of their last 28 top-flight home games against Man City (1-2 back in May 2003 when Nicolas Anelka scored a double) and are unbeaten in their last 16 against the Citizens at Anfield in the Premier League (W11 D5). Meanwhile, Man City are winless in their last 16 Premier League away games against Liverpool, which is their longest such winless streak against an opponent in the competition’s history. Since becoming Barcelona manager in 2008, Man City boss Pep Guardiola has lost more games against Jurgen Klopp in all competitions than he has against any other manager (7).

Life on the Road Despite their poor record at Anfield, Manchester City are actually pretty darn good away from home and have won 11 of their last 12 Premier League away games - losing only against Norwich in that time. What's more, Pep's men have scored an average of 2.5 goals per game on the road in that period. 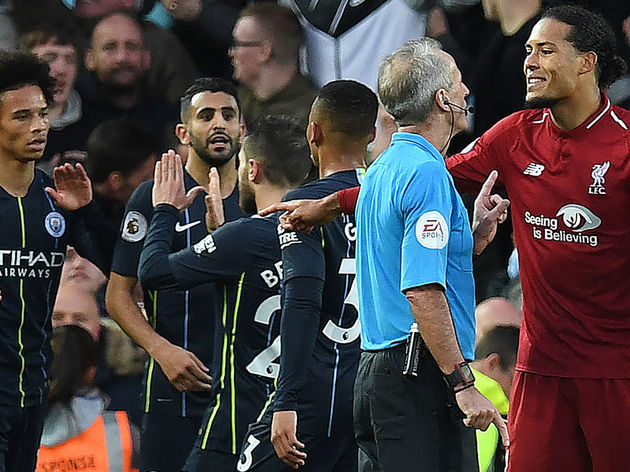 After losing four Premier League games in a row against Liverpool between 2015 and 2016, Man City have only lost one of their last five against the Reds in the Premier League - winning twice and drawing twice. Man City sharpshooter Sergio Agüero has made seven Premier League appearances at Anfield but never scored there, making Liverpool's home the ground he has played at the most without finding the net.