Liverpool's Contract Review: When Every Player's Current Deal Is Due to Expire

​Things couldn't get any better for Liverpool right now.

The Reds are in swashbuckling form, breaking records left, right and centre, while also looking set to finally get their hands on the Premier League trophy that has eluded them for so many years.

Jurgen Klopp has started to build a dynasty at Anfield, with the German transforming almost every single player at Liverpool. Heaven forbid anything should happen to the Reds' squad who have forged their name in Premier League folklore already.

With that in mind, it's important that we take a look at the current world champions' contract situation, and when these world beaters could be broken up - including those out on loan. ​There aren't many at ​Liverpool who haven't penned new deals in recent months and years, but Adam Lallana and Nathaniel Clyne are among those who fall in to that category of uncertainty.

​Lallana has been long linked with a move away from Anfield this summer, even seeing his name alongside Paris Saint-Germain's in a few headlines. ​Similar stories have emerged for Clyne over recent weeks and the English pair look set to seek game time elsewhere, although leaving the best team in the world at present can't be easy. 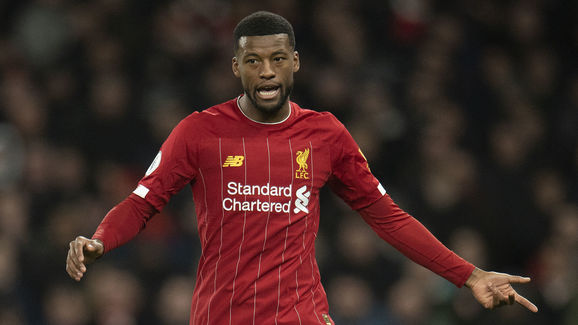 ​Most worrying on this list by far is Georginio ​Wijnaldum. The Dutchman has been an integral part of Klopp's side and the Reds will undoubtedly give the man anything he wants in a bid to keep him on Merseyside.

Meanwhile, it seems likely that both Adrian and Dejan Lovren will part ways with Liverpool when their contracts expire, with the latter possibly leaving the club this summer.

The less said about Loris Karius the better, really... 'Boring' ​James Milner signed a contract extension in December 2019 seeing him commit to the Reds until 2022 - something that was widely celebrated by Liverpool supporters. But, having hit the ripe old age of 34 on 4 January, the veteran may be on his way out of football as soon he's on his way out of Anfield. ​Right, don't panic Liverpool fans. Yes, there are some gargantuan names on this list, but 2023 is a hell of a long way away.

The majority of the Reds' star talents such as Sadio Mane, Mohamed Salah, Roberto Firmino and Virgil van Dijk all see their contracts up in over three years time, and things could look very different indeed for Liverpool by then. However, if they can keep up their stellar form, there's a good chance of convincing a number of those on the list to stick around - especially given many of them have signed contract extensions since 2018. A number of Liverpool's younger talents have committed themselves to the club until 2024. Both marauding full-backs as well as Joe Gomez, Joel Matip and Alisson are all locked in at Anfield for the foreseeable future, something that will help Klopp in his mission to build one of the world's most formidable back lines.