Liverpool manager Jurgen Klopp had big hopes for Karius after signing the German goalkeeper for £4.75m from former club Mainz in 2016, only to be forced into dropping his protégé after a string of errors. 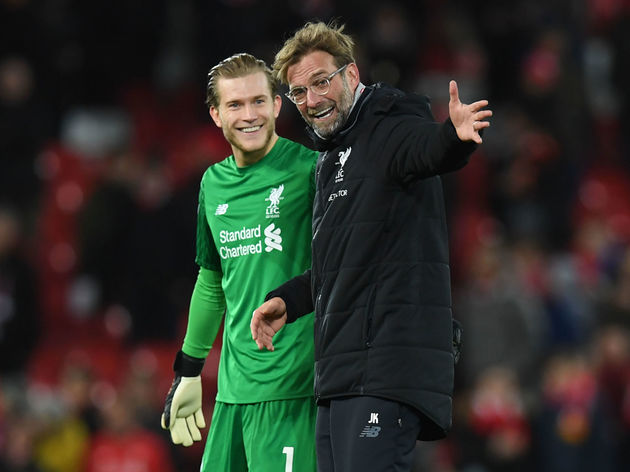 The highest profile of those came in the 2018 Champions League final as two major gaffes handed goals to Karim Benzema and Gareth Bale in a 3-1 Real Madrid win. It was later​ reported that Karius had suffered a concussion during the defeat. However, the keeper, who was replaced at Liverpool by £67m Alisson Becker, struggled to recover from the damage to his confidence.

In the summer of 2018, Karius was sent on a two-year loan to Besiktas, where he has largely failed to re-find his best form. His performances have come under fire during his time in Turkey and there had been all sorts of speculation about Besiktas even cancelling the loan arrangement at the halfway stage.

He stayed, although judging by a grave misjudgement during Besiktas’ Europa League defeat to Slovakian side Slovan Bratislava, things haven’t exactly got much better.

The opening goal of the game in a 4-2 defeat saw Karius rush out of his penalty area to try and meet a bouncing ball with his head. Not only did he misjudge the flight of it and fail to make anything other than glancing contact, he also bundled into his own defender, leaving Slovan forward Andraz Sporar a free run at an empty goal that he gladly took.

Karius had actually been quizzed about his Liverpool future in the build up to the game.

“I’m not thinking about it at the moment,” he told the Turkish press, via Sport Witness. “There’s still a long way to go before my loan spell ends. I am focusing on matches, my performances. We will talk about it at the end of the season.”

Sadly for Karius, errors like the one on Thursday night suggest he is not learning, putting any kind of future at Liverpool even further out of reach than It might already have been.

Alisson, meanwhile, has further underlined his status as one of the best goalkeepers in the world during his time at Liverpool and is viewed as the early favourite to win the inaugural Yachine Award, a new prize to be handed out alongside the Ballon d’Or and named for Lev Yashin.