Liverpool's forgotten man Loris Karius is the subject of surprise interest from Sporting CP, as his time at Turkish side Besiktas seems to be nearing an end.

In the summer of 2018, following the arrival of Alisson Becker at Anfield, Karius was farmed out on a two-year loan in Istanbul; his Liverpool career in tatters following the 2018 Champions League final.

However, the loan did not go exactly to plan for Karius, at least initially. What was billed as a confidence-rebuilding exercise looked like anything but as clips of his latest gaffes did the rounds of social media. 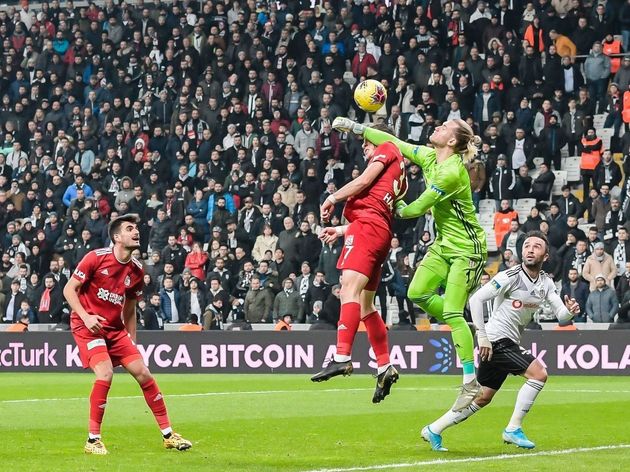 In March 2019, the goalkeeper even sought legal action against Besiktas for an alleged failure to pay his wages.

Still, one year on and Karius has remained as Besiktas' first-choice keeper, playing 25 out of 26 games for the club in the Super Lig prior to the coronavirus-enforced suspension of fixtures.

However, regardless of any limited redemption Karius has found in Turkey, his time at Besiktas appears to be coming to an end following reports that ​Besiktas are unwilling to pay the £7.25m clause to make his move from Liverpool permanent.

Reports claim Karius has pleaded with his parent club to cancel his contract to allow him to complete his move to Besiktas upon expiry of his loan this summer. However, recent comments made by manager Sergei Yalcin suggest the prospect of a deal is now dead in the water. Karius, whose Liverpool deal expires in 2021, may have another way out of Anfield before the end of his contract however, with Turkish outlet Fanatik (via ​SportWitness) claiming that Sporting CP are interested.

It is reported that the 26-year-old keeper met with Sporting CP officials in Turkey last month before their Europa League game against Basaksehir and that 'talks went well'.

The Lisbon-based side are supposedly on the lookout for an upgrade on their current goalkeeping options and have also looked at AS Roma's Robin Olsen but struggled to make progress with their negotiations.

Belgian side Anderlecht are also mentioned in passing as having an interest in Karius, whose chances of ever playing for ​Liverpool again look slim at best.

With 33-year-old Adrian, whose contract runs until 2021, now established as the club's backup to Alisson, there is little need at Liverpool for another senior goalkeeper, while youngster Caoimhín Kelleher has been used in the EFL Cup this season.