​Manchester City manager Pep Guardiola was offered the chance to sign Philippe Coutinho earlier this summer, but the manager chose not to pursue a deal.

Barcelona were desperate to offload Coutinho, who ended up joining Bayern Munich on loan for the remainder of the season. The Bundesliga champions also have the chance to sign the Brazilian permanently next summer. 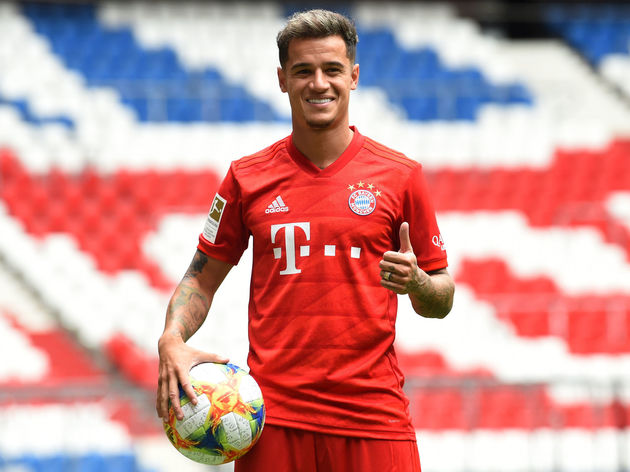 However, according to both ​TV3 and ​Marca, things could have been so different as ​Barcelona actually offered Coutinho to ​City during the English transfer window. Unfortunately for the Blaugrana, Guardiola simply had no interest in adding the playmaker to his squad.

City already have a ludicrous number of superstar attacking midfielders and forwards in their squad, including the likes of ​Raheem Sterling, ​Bernardo Silva and ​Riyad Mahrez, so Guardiola did not feel it was necessary to pursue a deal for Coutinho.

Despite an injury to Leroy Sane, City's wingers have certainly justified Guardiola's faith. Sterling and Mahrez have already racked up plenty of goals and assists respectively, whilst Silva has also impressed.

After Guardiola snubbed their offer, Barcelona offered Coutinho to a number of sides around Europe, and it was ​Bayern who ultimately chose to complete a deal.

Niko Kovac's side have paid €8.5m to take Coutinho on loan for this season, and they will have to option to agree a €120m permanent deal at the end of the campaign. Since joining Bayern, Coutinho has made two appearances in the ​Bundesliga and started his first game for the club in the 6-1 win over Mainz on Saturday. He is yet to grab either a goal or an assist, but Bayern are desperate to see him rediscover the form from his time with ​Liverpool.