​Ole Gunnar Solskjaer is hoping for some respite in the treatment room for Manchester United's upcoming Premier League clash with Liverpool, with Anthony Martial and Aaron Wan-Bissaka pushing for a return to the first-team this weekend.

United have been rocked by injuries all season, with Sunday's clash no different as they aim to amend a torrid run of form this season that has them languishing in 12th place in the league table.

Martial has been out for six weeks and ​United

"I can't tell you 100 per cent [who] is going to be fit as something might happen," he told ​Sky Sports.

Playing host to the current league leaders at Old Trafford, Solskjaer will have to do it without ​Paul Pogba or David de Gea, after both players ​were confirmed to miss the crucial ​Premier League encounter with ankle and groin injuries respectively.

On the two key senior players, Solskjaer was hopeful on Pogba returning soon, but less so regarding the Spanish goalkeeper. 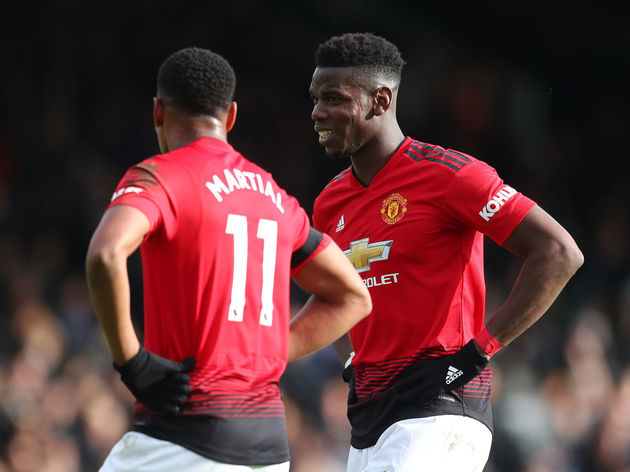 "Paul had an injury, he came back, he worked really hard. He came back and played a couple of games, maybe played through the pain barrier.