The 25-year-old is a well known name in England after a summer long pursuit from the Reds ended in failure last year; the Frenchman instead remaining in Ligue 1 for another season. 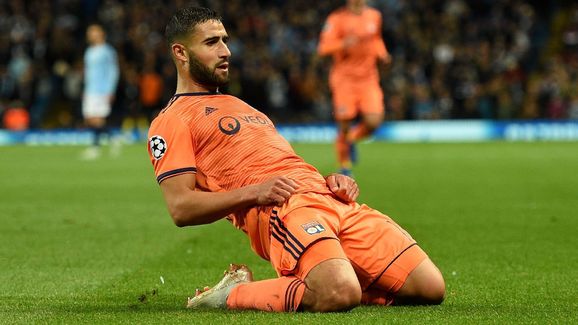 Although he saw a reduction in his goal output for Lyon last season, he still performed well - and

The Express report that City

Lyon chief Jean-Michel Aulas has already admitted that he wouldn't stand in Fekir's way should he wish to leave, saying (as quoted by the Daily Mail):

"Thanks Nabil for bringing what he brought, we have an understanding to let him go."

Aulas' stance is a polar opposite of where he stood on the matter last summer, when he was adamant that he wanted to keep Fekir at his hometown club - despite his move Liverpool

Nabil Fekir: Of the 93 players to attempt 50+ crosses, only Valentin Rongier (38.5%) had a better cross success rate than @NabilFekir (38%) in Ligue 1 last season

City's reported interest, meanwhile, comes amid heightened speculation that they are looking for a long-term replacement for defensive midfielder Fernandinho, though reinforcing Guardiola's options going forward is likely to be on the agenda given Bayern Munich's interest in signing winger Leroy Sane.

Fekir could prove to be a worthwhile option for the Premier League champions, having scored 12 goals and contributed nine assists at the Groupama Stadium last season.