​Going into Sunday's Community Shield tie, no player had managed to dribble past Virgil van Dijk for an incredible 519 days.

That came to an end in the 2019/20 curtain-raiser at Wembley, as Liverpool lost out to Manchester City via a penalty shootout after a pulsating 1-1 draw in 90 minutes.

65 - During the Community Shield final, Virgil van Dijk was dribbled past for the first time in his last 65 competitive appearances (by Gabriel Jesus) for @LFC since Mikel Merino did so for Newcastle in March 2018. Human. #CommunityShield pic.twitter.com/24B6WFcKUw

​Gabriel Jesus was the man to end that record, as he became the first player since Mikel Merino of ​Newcastle to successfully complete a dribble past the towering Dutch defender.

Van Dijk is human after all. Or he's a complete fraud, depending on who you ask. 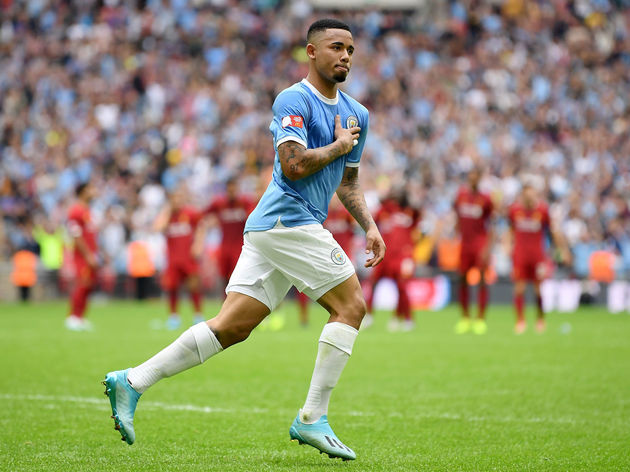 The Brazilian then neatly dragged the ball back and put it to the other side of Van Dijk, allowing him to attempt a dangerous through ball to ​Kevin de Bruyne, which he inadvertently overhit.

Not everybody was convinced on the validity of the so-called 'dribble', however. Particularly those in ​Liverpool.

Did he not stop and pass the ball? Was a nice turn but not really what I’d call dribbled past

WRONG !!! Gomes walked past him in the goodison derby even won the shoulder barge for good measure aswell

It was a tidy piece of skill, regardless and Jesus made it an even more memorable day when he stroked home the winning penalty in the shootout.

With ​City and Liverpool as the two favourites for the ​Premier League title, they are sure to carry their rivalry long into the season and hopefully entertain viewers once again with another enthralling title race.