Former Arsenal and England defender Martin Keown has taken aim at Mohamed Salah's recent dip in form, but says if he can get back to his best, then Liverpool will win the league title.

​Salah has been something of a talisman for Liverpool since joining from Roma last summer, and is the second top scorer in the Premier League with 17 goals, but a minor dip has seen him score just once in his last six appearances in all competitions. He looked to be back to himself in the win over Watford, but couldn't find the scoresheet despite the Reds ​putting five past their opponents at Anfield, leading many, including Keown, to ask questions of the Egyptian.

“Right now, I’d pick Aguero over him,” he told the ​Ma​il. “Pep Guardiola is having to manage Aguero’s game-time but Jurgen Klopp must be losing sleep over how to get Mo Salah firing. 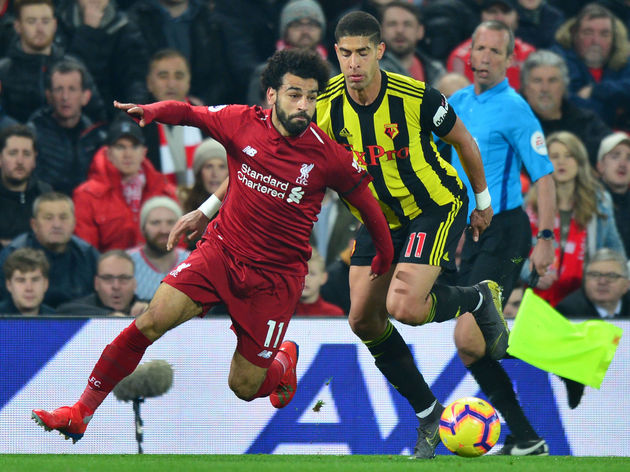 "Recently, he has played a little too fixed on the right. He is most dangerous when he cuts inside and plays more centrally.

“I don’t know whether the incident with Sergio Ramos in the Champions League final is in the back of his mind but he seems to be waiting for a tackle that never comes. If I was up against him, I would want to get physical.

“This is a player who can strike fear into defenders. Salah did well against Watford on Wednesday and if he gets back to his best, ​Liverpool will win the title.” It's worth noting that Salah started the season in similarly slow fashion, but recovered his consistency to impress yet again in his second season on Merseyside.