The 24-year-old midfielder suffered a minor adductor strain whilst on international duty with Guinea, and posted a photo on Instagram apologising to his fellow countrymen ahead of Sunday evening's crucial clash with Algeria.

His injury was also confirmed by ​Liverpool, who revealed in a statement that the Guinea star had returned to Melwood training ground in order to receive further treatment. However, he is expected to recover before the end of July, ahead of his pre-season programme with the Reds.

It has been a stop-start season for ​Keita, following his move from RB Leipzig to ​Liverpool in 2018. He made his Reds' debut in a 4-0 victory over ​West Ham in August, but then failed to hold down a regular starting position over the course of the campaign. 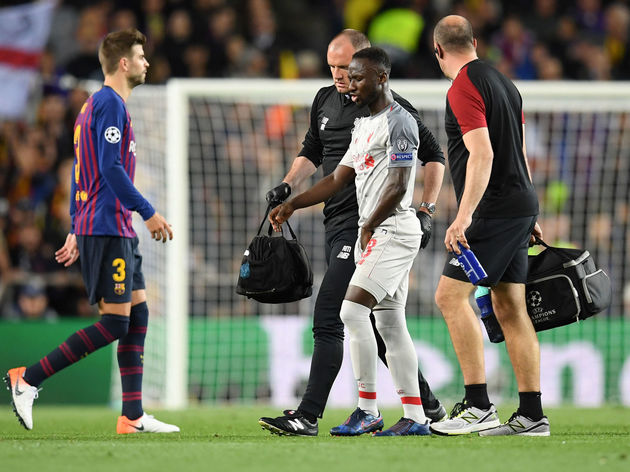 His season came to a premature end in early May after he suffered a groin injury against Barcelona, which ruled him out for the rest of Liverpool's title race run-in, as well as the Champions League final victory over ​Tottenham Hotspur.

Liverpool manager Jurgen Klopp considers Keita a crucial part of his midfield plans and the German will be hoping to see the Guinean's full potential next season. Guinea will have their work cut out tonight against an Algeria team which have been the tournament's stand-out performers, winning all three of their group games without conceding a single goal.

Keita's side qualified for the next round in third place from group B, sensationally topped by AFCON newcomers Madagascar.