​Manchester City manager Pep Guardiola took the time to commend Jurgen Klopp and his Liverpool outfit during his speech at the League Manager Association awards ceremony on Tuesday night.

The Reds and the Citizens battled for supremacy all season as the pair galloped away from the chasing pack, the latter ultimately pipping their rivals by a single point to claim a second successive title.

Guardiola won the Manager of the Season accolade for his side's superb showing, with his counterpart amongst the nominees. 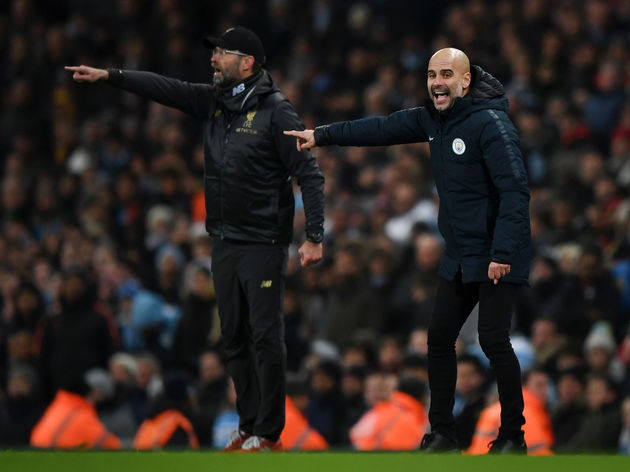 After receiving the accolade, the former ​Barcelona coach addressed attendees at the LMA dinner, saying (as quoted by the​ Manchester Evening News): "

"I want to share it with my players because they are the artists, to my staff because we fought a lot and especially for the all the managers in the ​Premier League, especially Jurgen Klopp.

​Liverpool were unfortunate not to secure a first championship in almost three decades, their gargantuan points tally of 97 and a record of just one league defeat all year seeing them lose out by the slenderest of margins. However, the Merseyside club do have a ​Champions League final awaiting them, ​Tottenham Hotspur now the only side left between them and what would be just their second major trophy in 14 years.

​City, meanwhile, have the opportunity to claim a historic domestic treble when they face ​Watford in the FA Cup final this weekend, with the league title and Carabao Cup already in the bag.