Liverpool are looking to reach the final four of the Champions League for the second season running, as they travel to the Estadio do Dragao with a 2-0 aggregate lead over Porto.

The Reds are on a brilliant run of form and will be looking to continue this as they protect a two goal lead in Portugal on Wednesday night. With the busy schedule of fixtures, Jurgen Klopp's side are carrying a few knocks and the German boss may look to change things up as the games come thick and fast.

However, the Liverpudlians will be aware of Porto's threat, given they came from behind to win in the last round of the Champions League against Roma. Therefore, the Liverpool manager will be wary that his side do not get complacent as this tie is far from over.

Here's a look at how ​Liverpool could line up for the second leg. Alison (GK): Making some key saves in the first leg, Alisson will continue his impressive season between the sticks in Portugal on Wednesday.

Trent Alexander-Arnold (RB): The young English full-back's ongoing assist battle with left-back Andy Robertson has brought the best out of the 20-year-old this season. However, ​Alexander-Arnold can afford to be less adventurous against Porto as Liverpool look to protect their lead.

Dejan Lovren (CB): With the Croatian centre-back alternating games with Joel Matip recently, Lovren is expected to reclaim his place alongside Virgil van Dijk for this crucial tie.

Virgil van Dijk (CB): The mainstay of Liverpool's defence all season and key to leading his side to a brilliant defensive record this year. The Dutchman's leadership skills will be essential against Porto, as the atmosphere at the Estadio do Dragao will drive the home side on.

Andy Robertson (LB): Possibly Liverpool's best performer of the season, Robertson is sure to keep his place for Wednesday's trip to Porto. Although he may not be his usual marauding self in this fixture due to his side's advantage, expect the Scot to join in for Liverpool's attacks on occasion and look to provide for the front three. Fabinho (CM): The Brazilian defensive midfielder impressed again at the weekend at the heart of the Reds' midfield. ​Fabinho will sit deep once more as he is expected to line up against Porto on Wednesday.

Georginio Wijnaldum (CM): The Dutch midfielder may be chosen to freshen up the Liverpool midfield, as he started Sunday's game on the bench. ​Wijnaldum's energy will be key both on and off the ball in this tricky fixture.

James Milner (CM): The industrious, box-to-box man could be the other change in the Reds' engine room, and his ability to protect the back four whilst also supporting the front three may help Klopp find the perfect balance for this tie. 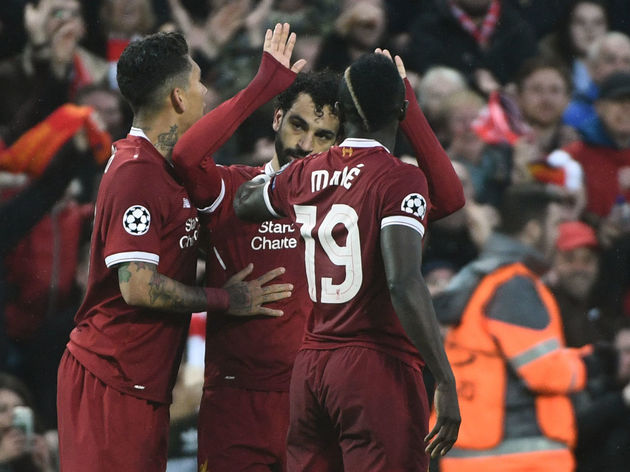 Mohamed Salah (RW): An emphatic goal against Chelsea at the weekend saw the Egyptian further enhance his reputation at Anfield. ​Salah is expected to continue as part of Liverpool's usual front three.

Sadio Mane (LW): With one of the best goal scoring records in the previous two ​Champions League seasons, Mane will be hoping for a repeat of his last visit to Porto, where his hat-trick led Liverpool to a famous 5-0 victory.

Roberto Firmino (ST): None of Liverpool's strikers manage to compliment Mane and Salah quite as well as ​Firmino. Expected to be the point of the Liverpool attack on Wednesday, Firmino will be on the hunt for an away goal to kill the tie once and for all.