Jürgen Klopp's defending champions were defeated 2-0 by Napoli in their opening match of the competition at the Stadio Fernando Llorente sealing the slight surprise victory for the Italians.

Salzburg, on the other hand, defeated Genk 6-2 in Austria, with a hat-trick from in-form striker Hwang Hee-chan, Dominik Szoboszlai andAndreas Ulmer.

Full-time! That's that! Three points and SIX goals as we start the Champions League in absolute dream style against Genk!#ChampionsLeague #FCSGNK 6-2 pic.twitter.com/mK6wKnCFKv

Both teams go into the match having secured wins domestically last weekend. Liverpool claimed a 1-0 victory over Sheffield United, as Salzburg defeated FK Austria Wien 4-1 in the Austrian Bundesliga.

Here is how the Merseyside giants could line up against the Austrian champions... 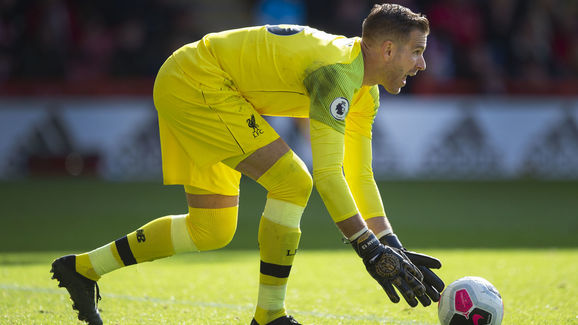 (GK) - The 32-year-old Spaniard will continue between the sticks with Alisson still sidelined due to injury. Liverpool's number two kept a clean sheet in the victory over Sheffield United at the weekend and is growing in confidence game by game. He also pulled off a world-class save to deny

Andrew Robertson (LB) left side. The 25-year-old will be expected to stop the likes of the Alex Oxlade-Chamberlain (AM) - Chamberlain could be brought in as one of the attacking options in the final third. He will be hoping for a run of games in the competition following his long injury layoff, previously. The 26-year-old netted a memorable goal against Manchester City in the quarter-finals at Anfield back in 2017/18 and the fans will be hoping to see the England international on the scoresheet more often. Mohammed Salah (RW) - Part of a forward three that picks itself, Salah will be hoping to rediscover his scoring touch against the Austrian side on Wednesday. He is expected to cause the likes of defender Maximilian Wöber problems.

Sadio Mané (LW) - Assuming he isn't rested, Mané will line up against his former side on Wednesday night, having spent just over two seasons with the Austrians, scoring 45 goals in 87 games. Naby Keïta, who may have to settle for a spot on the bench, also spent a couple of years in Salzburg, where he rose to prominence as a dynamic goalscoring midfielder.