The Premier League have held informal discussions about handing Liverpool a golden Premier League trophy if Jurgen Klopp's side manage to go the entire season unbeaten.

Following their victory over Norwich last time out, the Reds are now just five wins away from their maiden Premier League title.

Jurgen Klopp's side have won 25 and drawn one of their 26 league games this season, and need to avoid defeat in their 12 remaining matches ​if they are to protect their unbeaten record. They would be only the second team in Premier League history to achieve that feat, after ​Arsenal's famous Invincibles of 2003/04.

According to the ​Daily Mail, the Premier League are remaining coy on the matter, stating that they 'don't deal in hypotheticals'. However, the Mail also claims that informal discussions have taken place about handing Liverpool a golden trophy if they do remain unbeaten for the entire campaign. The Premier League will make an announcement at the end of the season.

The golden trophy is a smaller version of the Premier League trophy, but with the trophy's silver body replaced with gold, and the golden crown replaced with silver. The side's W-D-L record is also engraved on the base.

If neither ​Liverpool or City drop points in their next four fixtures, the Reds can seal the title at home to Crystal Palace on 23 March. 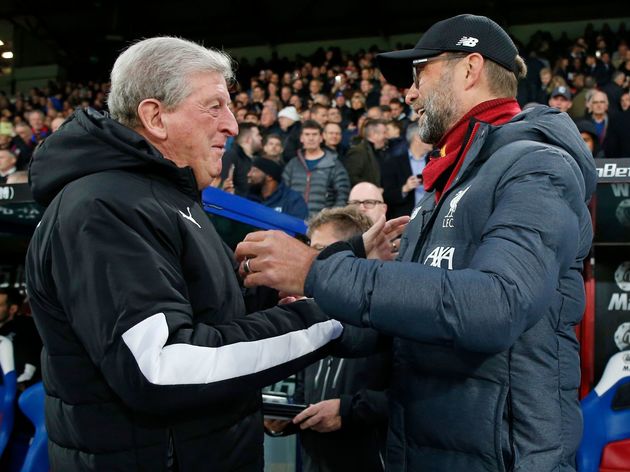 Interestingly, that game will be exactly three years to the day that Liverpool last lost a home game at Anfield: against Roy Hodgson's ​Crystal Palace on 23 March 2017.

In their quest to remain undefeated all season, arguably the biggest hurdles standing in Liverpool's way are a visit to Goodison Park on 16 March and a trip to the Etihad on 4 April, while their final home game of the season is against Chelsea on 9 May.