Liverpool is a club steeped in history. As the most successful football team in the country the Reds have had some heady times, and the Jürgen Klopp era has seen the Merseysiders return to football's top table once again.

They have had their success in some pretty spectacular shirts, too.

Liverpool kits are fashionable and, more importantly, profitable - emphasised by their new deal with Nike that could

With that in mind, here’s 90min's ranking of the top ten best Liverpool home kits of all time. ​The warriors… oh please, during the 2012/13 season those Liverpool players wouldn’t even make it to Melwood, let alone Coney Island.

But the kit, well that’s something we can dig. This was the saving grace for the season - a stylish little number that sported names such as ​Luis Suarez and Daniel Sturridge - Liverpool’s very own SAS.

The Reds finished seventh in Brendan Rodgers' first season, but at least they showed plenty of character, didn’t they Brendan? 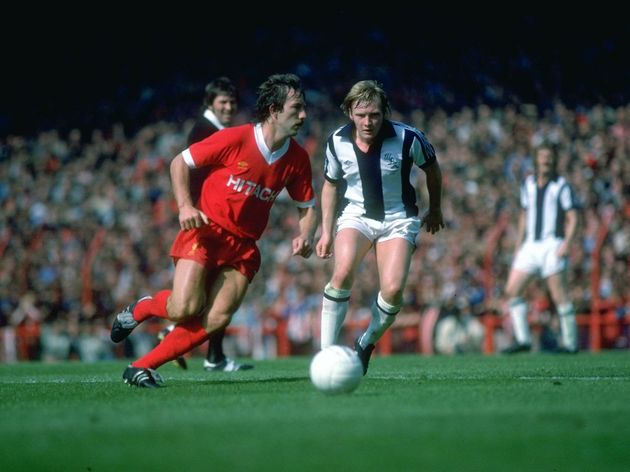 That infamous strip the Reds wore between 1979 and 1982 was a little bit special wasn’t it?

Liverpool became the first English professional club to have a sponsor on its shirts, after agreeing a deal with Japanese technology firm Hitachi in 1979.

This kit is a constant reminder of the Bob Paisley era and it brings back some serious nostalgic memories whenever fans see it. Let’s not forget, Liverpool won the First Division wearing this one - players like Phil Thompson and David Johnson come to mind every time this shirt crops up. In their 128-year existence, ​Liverpool have had some questionable kit designs. The 1992/93 shirt isn’t for everyone, unless you have a penchant for ghastly shoulder and short patterns…if so, then this is the one for you.

This was the club's centenary kit and, truth be told, it has to be on the list. Not only was it Liverpool’s kit for the inaugural Premier League

If Carlsberg did sponsorship deals... Do you know what the kids would call this today? They’d call it some serious drip. It’s one of the sauciest kits the club has ever produced, and just think of the players that wore this kit. We’re talking about John Barnes, Peter Beardsley, Jan Mølby, and Ian Rush.

If you want to make your Liverpool fan friends jealous then you’ve got to *KOP* this kit.

Candy were Liverpool's shirt sponsor from 1988-1992, and it didn’t even matter that they made washing machines because Liverpool would rinse just about anyone wearing this shirt. ​A kit so beautiful that it made you want to own two. A kit that represents Jürgen Klopp’s success at ​Liverpool. It was such a breathtaking design from New Balance.

This Liverpool kit had a darker red and had a 1980s-inspired v-neck collar. This kit will be remembered by the streets – even the defeat in the Champions League final can’t take anything away from it. Talk to any Liverpool fan, young or old, and they will most certainly have this kit buried in their wardrobe. This kit will be remembered for one reason and one reason only – that night in Istanbul

The 2004/05 Liverpool kit is and will continue to be one of the most iconic kits for the club. Reebok didn't get enough credit for their kit design for the Reds, classic shirts that ​Liverpool will always associate with GERRARDDDD! 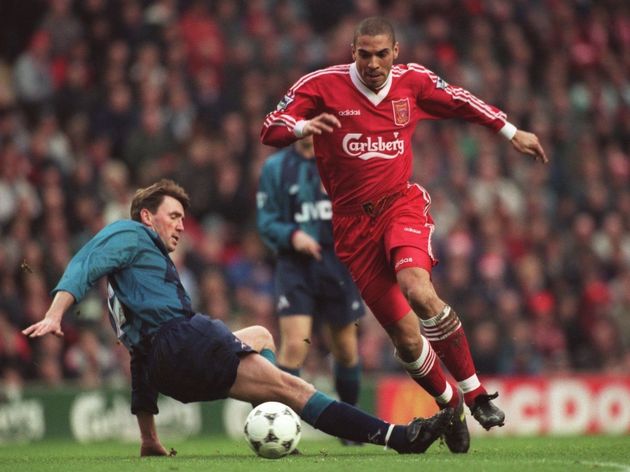 The fine wine of kits, this would be a vintage Bordeaux with undertones of icon and 'ic'.

This Adidas kit has aged well, so much so that it is a fan favourite on the terraces. This tasty little number feels like it was handmade for Robbie Fowler - the Toxteth forward was an absolute don in this kit, and he netted 28 times in the league while wearing it.

It was also the kit of the famous 4-3 vs Newcastle and that’s pretty special in itself. In many ways it was just another run of the mill kit, but it was the players that wore the kit that made it so special.

One of those players was a prime Fernando Torres.

To this day it just doesn’t feel right that Torres has played more games for ​Chelsea than he has Liverpool. Red fans try hard to suppress El Niño's departure from the club, partly because it reminds them of the awful reign of Roy ‘Horror-Show’ Hodgson. If this one didn’t make the list, then we’re pretty sure a riot would have broken out on the Mersey.

The 1984 European Cup final was special for the Reds and it was made even more spectacular with this infamous pinstriped shirt. Memories of Dalglish and Rush holding the European Cup above their heads just wouldn’t be the same if it wasn’t for this kit.

A timeless classic that will be a constant relic for ​Liverpool. The Anglo-Scottish team of the 1965/66 season was a credit to Liverpool. Some of the club’s biggest legends played during this period, including names like Ian St. John and Roger Hunt.

It was sublime and everything a classic football shirt should be - simple, brandless, sponsorless and vibrant. It makes you think of one man who symbolises the club - Bill Shankly. Liverpool won the First Division with this kit and it seems fitting that this elegant number got to see silverware.

The legend and spirt of Shankly will always live on at ​Liverpool Football Club.