After leaving Liverpool in search of regular silverware for Juventus, Emre Can has recently hit the headlines after being left off of I Bianconeri's Champions League squad for 2019/20.

Can's the latest former Liverpool player to encounter some difficulties after leaving the club, but how does he compare to the other former first team players who have been moved on over the past few seasons?

Here's a look at how every ​Liverpool player sold or released under the reign of Jurgen Klopp has gone on to fare.* These five all left the club during the most recent summer transfer window, so there is no way to judge how successful they are likely to be. Danny Ings and Ryan Kent both enjoyed decent loan spells with Southampton and Rangers respectively, so they should do well after leaving Liverpool permanently. He may be a distant memory at this stage, but Brad Smith was once being tipped as a potential Liverpool star, making 11 appearances at left-back (scoring once!) for the Reds before being shipped off to Bournemouth in 2016. He made 11 appearances for the Cherries and is currently on loan to Seattle Sounders. 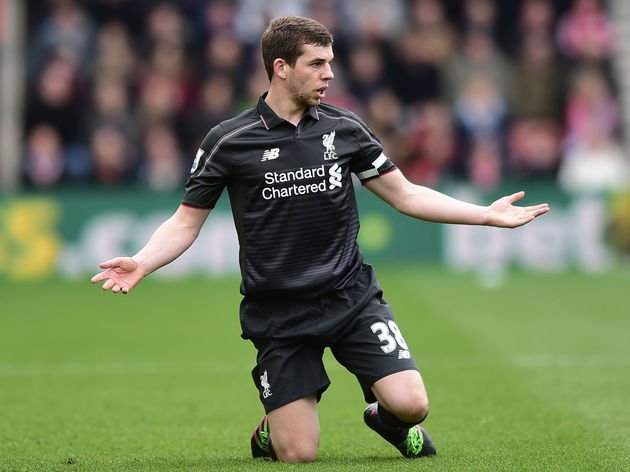 Jon Flanagan's reputation was irreparably damaged after admitting to assaulting his girlfriend in 2017 and he was later released from his contract at the end of the 2017/18 season. He went on to join up with Steven Gerrard at Rangers, but he was hardly a consistent presence in Glasgow during his debut season, making just 11 league appearances. Liverpool paid £8m and exchanged Kevin Stewart to sign Andy Robertson from Hull in 2017. It isn't too difficult to figure out who got the better deal. Robertson is now considered to be one of the best left-backs in the world and Stewart has struggled for consistency in the Championship for the Tigers. 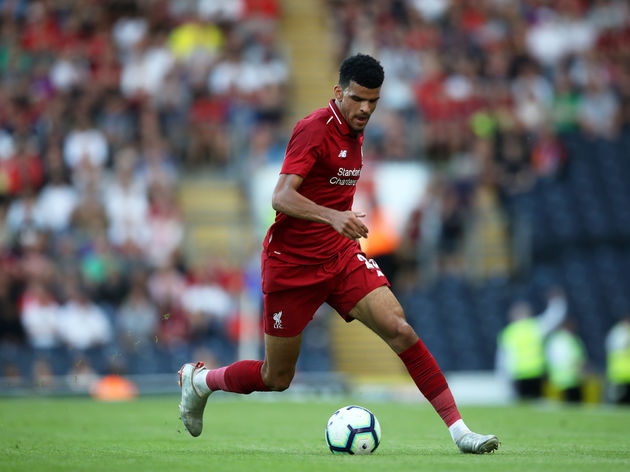 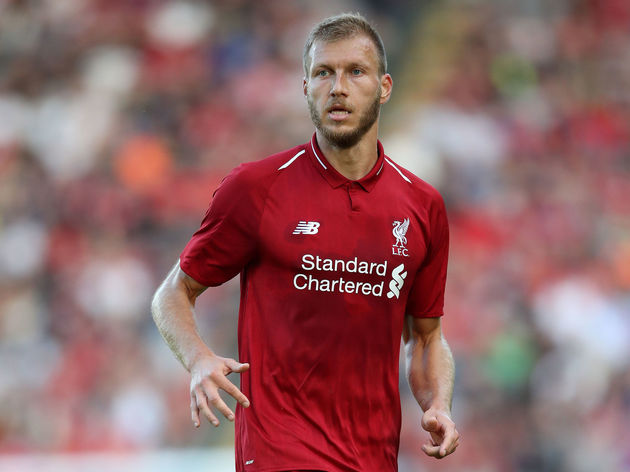 A cult-hero for the ages, Ragnar Klavan was a fan favourite at Anfield, but his decision to part ways with the club was probably for the best. He joined Cagliari and has performed well for the Italian side in the few appearances he has been able to make. Injuries restricted him to 15 appearance last season, but he is now fully fit for the 2018/19 season. 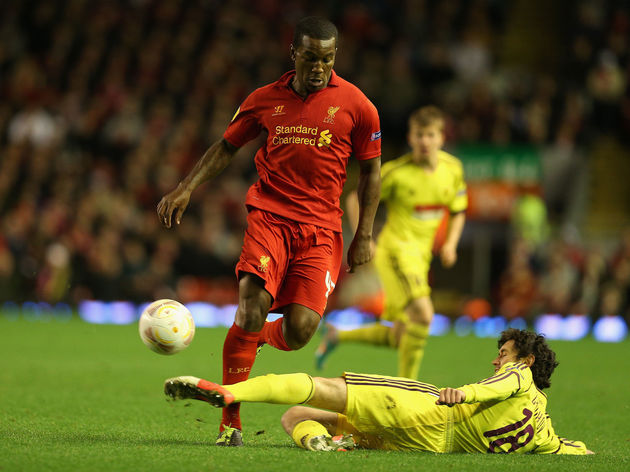 Andre Wisdom was a first team regular for Derby in his first season for the Rams, but he found himself behind Jayden Bogle in the pecking order during 2018/19. It's even worse for the right-back now, as he hasn't been able to make a single match day squad under Phillip Cocu.

Many expected Jordon Ibe to succeed at Liverpool after he worked his way into the first team, but he was never able to demonstrate enough consistency to warrant a consistent spot in the starting XI. His record of five goals and nine assists in 91 appearances indicates that Klopp made the right call on this one. Martin Skrtel spent nine seasons at Liverpool before leaving the club in 2016 to join Fenerbahce in Turkey. He was unable to secure any silverware for the Istanbul outfit and left for Atalanta after a disappointing season in which the club finished sixth. He recently saw his contract torn up by Atalanta after just 24 days, and has returned to Turkey to play for Well, this one didn't exactly work out, did it? Philippe Coutinho joined for an eye-watering Christian Benteke started off his time with Crystal Palace brilliantly, scoring 17 goals in his first season with the Eagles, but he's now a shadow of his former self. The Belgian has found the back of the net four times in two seasons and is desperately searching for the sort of form that initially earned him a move to Liverpool in 2015. Liverpool sold Joe Allen shortly after he was named in the Euro 2016 team of the tournament,  but, as is the case with pretty much every player on this list, Klopp made the right call to move him on that same summer. Allen has proven himself to be a solid performer for Stoke over the past few years, but he's hardly been a revelation.

Emre Can would have been near the top of this list if it weren't for his recent omission from Juventus' 2019/20 Champions League squad. The German midfielder more than played his part as Juve romped to the Serie A title in his first season, but Maurizio Sarri has no plans to keep him around in Turin. 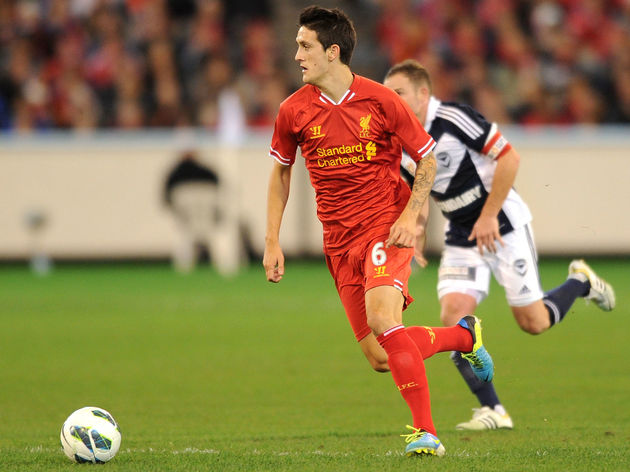 In fairness, very few would have predicted that Luis Alberto was destined to become a world beater after failing to establish himself at Liverpool, but the Spaniard has gone on to forge a name for himself in Serie A with Lazio. A crafty and versatile attacking midfielder, Alberto has registered 20 goals and 28 assists for the Italian outfit. 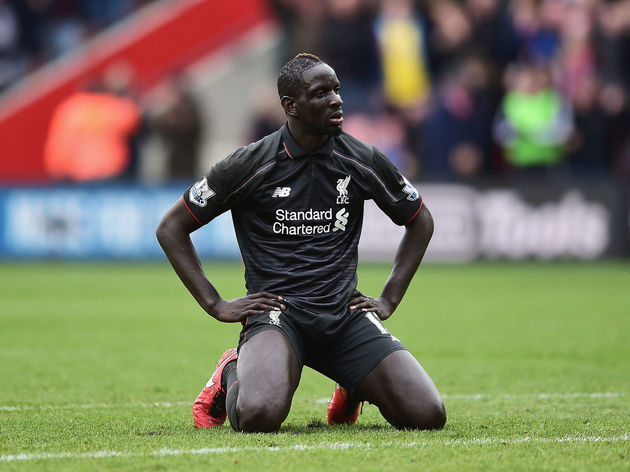 The decision to sell Mamadou Sakho to Crystal Palace was based on his attitude rather than his ability, as he had grown to become a tidy central defender at Liverpool. When fit, he's one of the first names on the team sheet for the Eagles and is one of the most physically imposing defenders outside the top six. In short, Mario Balotelli was dreadful for Liverpool - four goals in 28 appearances tells you everything you need to know. However, after leaving the Reds, Balotelli turned into a goal machine for Nice and Marseille, proving himself to be an unstoppable force in Ligue 1. He left France to join Brescia after scoring 41 goals in 76 Ligue 1 appearances. After ten years and 346 appearances, Lucas Leiva left Liverpool in search of something new at Lazio. Many believed his best years were firmly behind him but, on the contrary, the Brazilian is now playing some of the best football of his career and is Lazio's most important player. He's been named as the club's player of the season for two consecutive seasons is showing no signs of slowing down just yet.