RB Leipzig have issued an ultimatum to star striker Timo Werner, telling the German international that he must either sign a new contract at the club or be sold next summer.

Werner's contract expires in the summer of 2020, meaning that his value will quickly depreciate over the course of next season if he remains at the Red Bull Arena, so Leipzig will sell him in the summer if they cannot agree on a new deal before then.

"Logically, we have to know at the latest after the end of the season," Oliver Mintzlaff, CEO of RB Leipzig, told ​Kicker.

RB Leipzig CEO Oliver Mintzlaff says that they will sell Timo Werner this summer if he does not sign a new contract, telling kicker: "A club like us can not afford to have Timo Werner go into his final contract year." #RBL #FCBayern

"Because, of course, a club like us cannot afford to go into the final year of Timo Werner's contract, as we have discussed with him and his advisor, as all parties have the same understanding."

Werner, who would be likely to fetch a fee between ​Liverpool​Arsenal​Bayern Munich

But Mintzlaff believes that Champions League football and the arrival next summer of Julian Nagelsmann from Hoffenheim could tempt Werner to extend his stay. 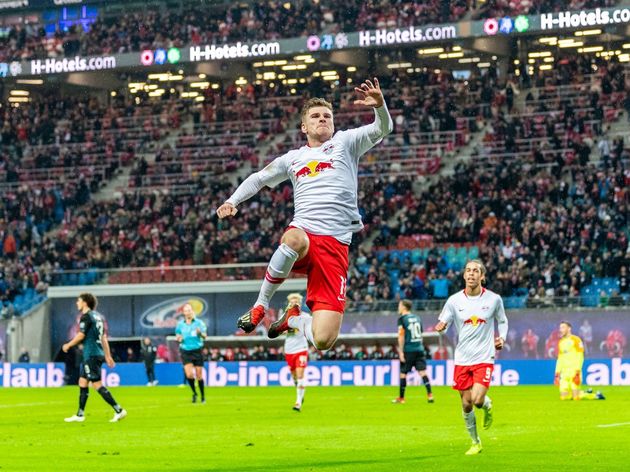 "As long as we develop as a club, and of course the Champions League participation would be very helpful, I believe that Werner is still in good hands with us," Mintzlaff said.

"I believe that not least because of Julian Nagelsmann's commitment in the summer, we will be able to offer him a platform for a few years to become an even better striker."

Werner has scored 45 goals in 80 Bundesliga appearances since joining RB Leipzig from Stuttgart in 2016.