​Roberto Firmino has heaped praise on his team-mate and compatriot Alisson Becker, saying the imposing keeper's attitude means he deserves all the success he has enjoyed so far.

The 26-year-old is in his third season in Europe, but has already established himself as one of the best keepers on the planet after his impressive performances for Roma preceded a world record move to Liverpool, where he has made an immediate impression.

He has conceded just 13 goals in 23 Premier League appearances, including three in the ​hectic 4-3 win over Crystal Palace on Saturday, and his Brazilian counterpart joked about his own struggles in facing up against him in training, while asserting that he has earned every ounce of his personal and professional success.

"It's just as difficult to score against him in training as it is in matches," said Firmino, as quoted by the ​Liverpool Echo.

"He demands a lot of himself, which is great isn't it? He's an excellent keeper and deserves all the success he is having in his life, at work, day-to-day training and in matches."

While Alisson's arrival has been a game-changer for ​Liverpool, who remain four points clear at the summit of the ​Premier League, just as important has been Firmino's emergence as a traditional number ten behind the free-scoring Mohamed Salah.

His 11 goals this season - including one against ​Palace - have seen him overtake former Red Philippe Coutinho as the highest scoring Brazilian in Premier League history, with 45 and counting, but the 27-year-old says he isn't planning on slowing down any time soon.

"I am proud of that, but never satisfied," he added. 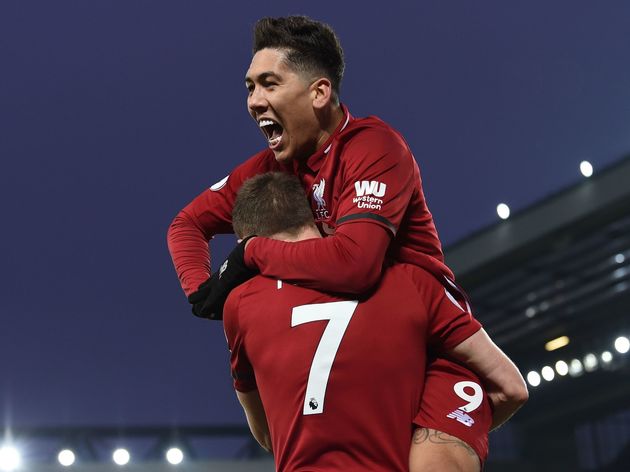 "I always want more, to grow and develop further every day with objectives and targets to achieve.