The Reds currently sit top of the Premier League and are 14 points clear of Manchester City in second place.

Mane has been a key part of their impressive early form and is the club's top league goalscorer with 11 goals so far. Regardless of the overwhelming odds in his side's favour, the Senegalese international was still wary to avoid celebrating before the title is officially won.

Speaking to the Confederation of African Football after his winning their African Player of the Year award, ​Mane was praised by the interviewer who said: "Congratulations, you're going to win the league."

But refusing to take any risks, Mané knocked on the wooden arm of the chair he was sitting on just to be safe.

"God willing, you're winning the @premierleague with @LFC 朗"

No one is jinxing it under Mané's watch 

His reaction has gone down well with ​Liverpool fans, who have had their fingers burnt by celebrating too early before.

Most recently in the 2013/14 season, the Reds - who were managed by current ​Leicester City boss Brendan Rodgers - had a five point lead with just three games remaining.

Infamously, they managed to spectacularly blow their seemingly unassailable position by losing and drawing in two of their last three matches (the Gerrard slip and 'Crystanbul'), allowing ​Manchester City to snatch the title on the last day of the season. 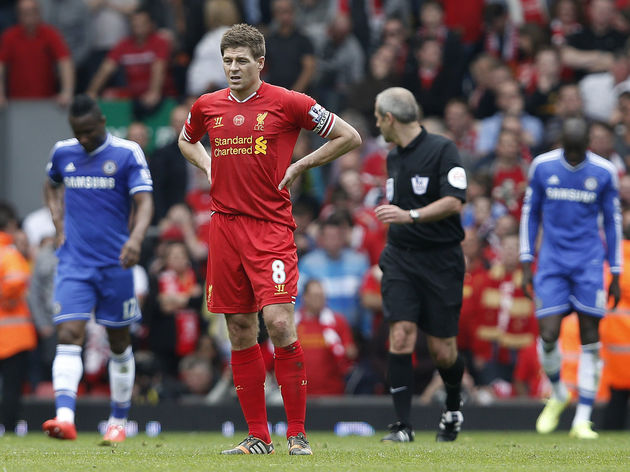 The ghosts of title races past still haunt the club to this day, and many associated with them are wary of doing anything to put the title bid in jeopardy.

But after failing to lose a single league match all season and dropping just two points, it seems unlikely that Liverpool will be able to throw this big a lead away.

They continue their campaign with a game at home to ​Manchester United - the only Premier League side they haven't beaten all season - this Sunday.