​Liverpool forward Sadio Mane has claimed that he struggles to describe how happy he is at the club, despite rumours of unrest.

Largely baseless speculation was sparked by the 27-year-old's tantrum after being substituted against Burnley, with Mane visibly angry and frustrated by teammate Mohamed Salah's refusal to pass him the ball when through on goal.

Combined with some talk of ​Real Madrid's interest in the Senegalese international, Liverpool fans may have been becoming increasingly concerned about ​Mane's future at the club.

However, Mane has seemingly dismissed any lingering worries by insisting that he's never been happier. Speaking to ​Complex, he explained: "To be honest, I'm really happy to be a part of the club, the family here.

"We have the best fans in the world here, so I'm always so thankful for the support.

"It's not just great for me too - it gives the whole squad more motivation to perform. It keeps us hungry to get better and better together... I really struggle to describe how happy I am here!" 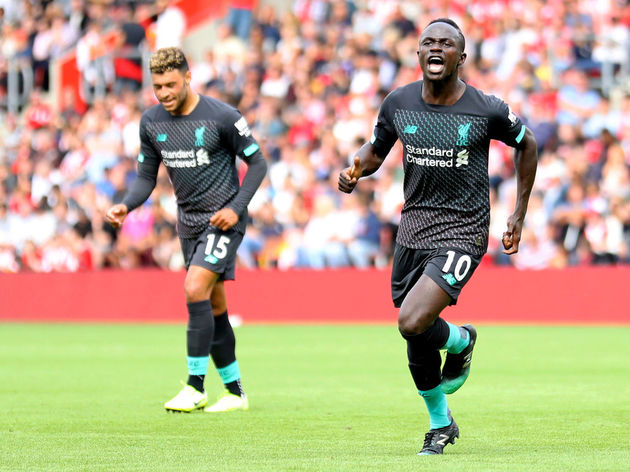 Having triumphed in the Champions League last season and lost out on the league title to ​Man City by just one point, Mane is adamant that he and the rest of his ​Liverpool teammates are determined to go one step further this season.

He continued: "It's very early to say of course, but our target, as everyone knows, is to win the league this season. We're targeting the Champions League as well. From a young age, it's been my dream to win these kind of trophies.

"I'm in a good stage of my career for sure, and I feel the whole squad is thinking the exact same right now. I'm trying to keep up my consistency now, and just work hard to keep up the high levels expected of us." Liverpool recommence their assault on the Premier League title in the early kick-off on Saturday, hosting ​Newcastle at Anfield.