Liverpool forward Dominic Solanke may have options on the table from both the Premier League and Bundesliga side Schalke 04 as he pursues a loan move away from Anfield this winter.

Earmarked as one for the future, Solanke joined Liverpool on a free transfer from Chelsea in the summer of 2017. While the striker made 27 appearances for Liverpool last season, he is yet to make a match-day squad for any of the Reds' Premier League fixtures this season, prompting talk of a January exit from the club.

Sport Bild expect Dominic Solanke to join Schalke on loan till the end of the season. Relationship between Klopp and Schalke DoF Heidel an advantage for S04. https://t.co/I9iV0TWTkb

Reports of ​Schalke's interest in Solanke comes from German outlet Bild (via ​Goal), who claim that the English striker has the option for a six-month loan move to the ​Bundesliga side this month. In addition, ​previous reports have also claimed Stuttgart could also provide a temporary home for the young forward.

However, ​Sky Sports claim that Schalke are not pursuing a move for the 21-year-old, and instead it is ​Crystal Palace who are leading the race for Solanke's signature.

"What would he do for us? He'd provide the attacking threat a good centre-forward should provide and he's a proven goalscorer through the age groups with ​Chelsea and England.

"If he comes here, it will be a great opportunity to show he can transfer that to ​Premier League football because we have someone who is the profile we are looking for and who I think has the ability we are looking for." 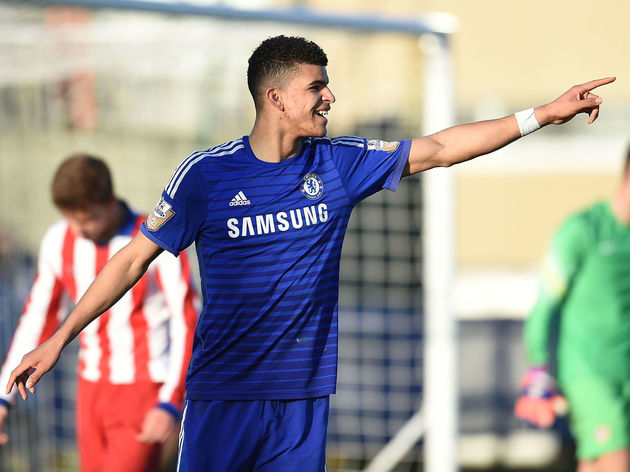 Palace chairman Steve Parish recently ​appeared to confirm the​ club are negotiating a deal for the young striker, suggesting that the club are keen to finalise a deal for a striker as soon as possible.

Solanke, who netted an incredible 41 goals for Chelsea's academy sides during the 2014-15 season, is also said to be attracting interest from ​Huddersfield Town, although it appears as though it is Palace who are in pole position to sign the striker.