​Stoke City midfielder Charlie Adam has revealed just how close his club were to signing Scotland international Andrew Robertson from Hull City before he moved to Liverpool in 2017.

The 33-year-old had been impressed by his fellow Scotsman's performances in a struggling Tigers side and urged then-manager Mark Hughes to look into bringing the defender to the Potters for a cut-price fee. However, upon hearing of ​Stoke's interest in the defender, Liverpool contacted the 24-year-old's agent and persuaded the Hull defender to move to Anfield.

Speaking to ​The Scotsman, Adam revealed that immediately after Hull were relegated to the Championship he recommended the signing of Robertson, outlining: "I said to Stoke at the time we should have bought him for £8 million - it was cheap. 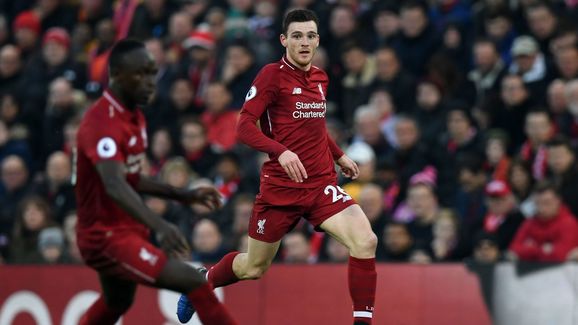 "Liverpool could afford to throw that at him though, and if it hadn't worked it wouldn't have been a gamble for them.

"Fair play to him. The biggest thing for him now will be if they can win that league - they're in a great position." Liverpool currently lead the Premier League by four points and are in a great position to pursue their first top-flight league title since 1990.

The Reds lost their first domestic league game of the season on Thursday away at reigning champions Manchester City in a match that saw Robertson set up ​Roberto Firmino's equaliser at the Etihad.

Having previously played for Liverpool in 2011, Adam has witnessed the passion of their supporters first-hand. He added: "If Liverpool won the league, he'd (Robertson) would be a cult hero.

Get yourself a man who looks at you the way Andy Robertson looks at Virgil van Dijk pic.twitter.com/mJcPSBzV4V

"The players love him, the fans love him - Liverpool have always had a tradition of Scottish players and the one thing they always love about them is how hard they work."

Robertson has made over fifty appearances since joining the Reds in 2017 and has established himself as manager Jurgen Klopp's first-choice left back. "He's proof that it's not where you start your career that matters, it's where you finish."

Robertson, who previously played for Scottish sides Queen's Park and Dundee United, could feature for Liverpool when they face ​Wolverhampton Wanderers in the third round of the FA Cup on Monday.

The Reds have won the world's oldest cup competition seven times in their 126-year history with their latest triumph being in 2006 where they beat West Ham United on penalties in the final.