The Egyptian forward once again showed his unquestionable class after netting twice in Liverpool's 3-1 win over the Gunners on Saturday, as the Reds maintained their 100% start to the Premier League.

Joel Matip got the ball rolling with a first-half header, before ​Salah won and converted a penalty shortly after the restart to hand Jurgen Klopp's side a commanding lead against their defenceless opponents.

7 - Mohamed Salah has been directly involved in seven goals in his six Premier League appearances against Arsenal (five goals, two assists), scoring in all four of his home games against them. Dominated. pic.twitter.com/UUWGGTfJMo

Not content with just the one, the 27-year-old then turned on the style with a superb second after running from the halfway line to cooly slot beyond Bernd Leno in the ​Arsenal net.

In doing so, Opta have revealed that Salah's seven goal involvements against Arsenal are the most he's achieved against any other side in the top-flight. His five goals against the Gunners are added to with two assists, while he's scored in each of his four home games against Saturday's opponents.

Coinciding with that, Klopp is undefeated against Arsenal in the ​Premier League, winning five of his eight clashes with the Gunners, his best record against any other side in the division he's faced on that many occasions.

In what has become something of a routine outing for ​Liverpool, they are undefeated against Arsenal at home since 2012, when Santi Cazorla and Lukas Podolski netted to hand Arsene Wenger's side a rare victory in Merseyside.

Top scorer in his two full seasons with Klopp's side, Salah has already begun his charge towards a third successive Golden Boot with three goals in his three Premier League games. 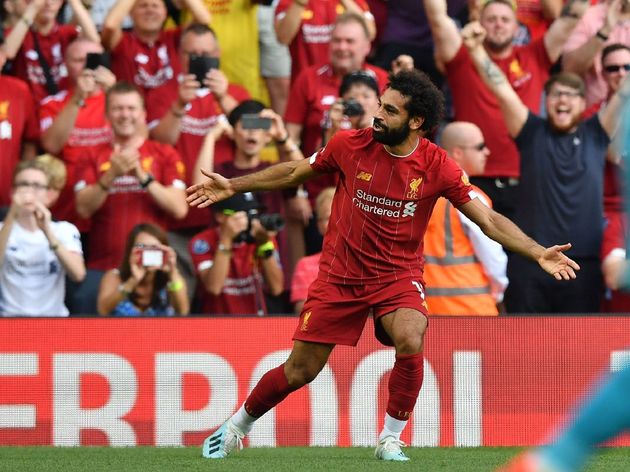