​Liverpool missed the chance to return to the summit of the Premier League after a 0-0 draw with Everton in the Merseyside derby at Goodison Park.

In what was a typically tight and tense affair, neither side were able to find a winner as they matched each other stride for stride. Liverpool had the game's best chance on the half hour mark when Mohamed Salah was put through one-on-one against Jordan Pickford, but the Everton shot stopper did well to anticipate Salah's effort and parry it away from goal.

After delivering an uninspiring performance at Old Trafford last weekend, the onus was on Liverpool's attack to deliver the killer blow against ​Everton that would have seen them return to the top of the Premier League.

Mohamed Salah has failed to score in three consecutive Premier League games for the first time since joining Liverpool:

He had his fair share of chances today... pic.twitter.com/GDq7LveohK

The front three of ​Liverpool, led by Salah, have been the Reds' saving grace so often in the past 18 months but, as this stat demonstrates, they have been beginning to crack under the pressure of being Premier League title contenders.

According to ​Opta, Liverpool's attack drew blank for the second time in their past three

​Premier League matches, having failed to score in just one of their previous 27 matches in the competition beforehand.

This is something Jurgen Klopp and his players know they will have to correct sooner rather than later if they are to maintain a title bid and be crowned champions of England for the first since 1990. 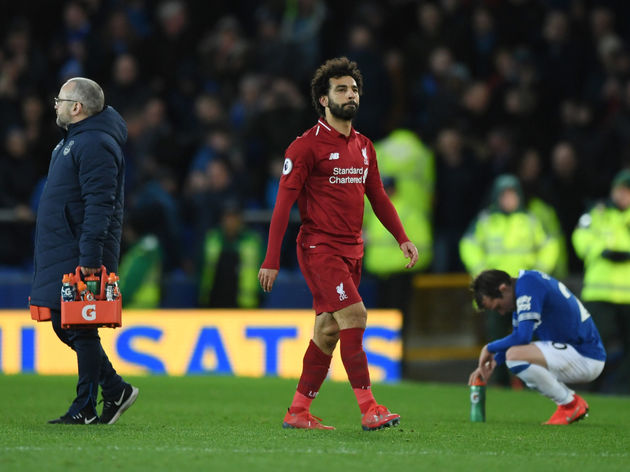 They will be hoping to return to winning ways in their next fixture, which sees them welcome Burnley to Anfield next Sunday, a game that they simply have to win in order to maintain their title charge.