​Rangers manager and former Liverpool captain Steven Gerrard insists he will keep a look out for the outcome of Manchester City's potential Champions League ban following reports that the Premier League are looking in to any possible Financial Fair Play breaches during the 2013/14 season.

City have been banned from European competition for two seasons, while also being made to pay a fine of "From a UEFA point of view, it is obviously a real strong sentence or punishment. I'm sure they will appeal so we will wait and see what the outcome is on that."

Gerrard's memorable slip arguably cost Liverpool the title during a 2-0 home defeat to ​Chelsea back in 2014, with the Reds finishing the season two points behind champions ​City. 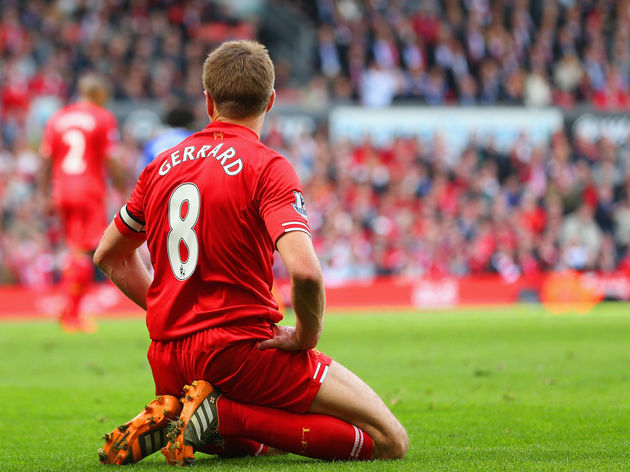 The ​Premier League are investigating the incident after UEFA claimed the Citizens had committed 'serious breaches' relating to their sponsorship revenue between 2012 and 2016.

A potential points deduction seems unlikely at present, while the ban could be overturned altogether following an appeal from City. However, regardless of how unlikely it appears at present, Liverpool could still somehow manage to claim two Premier League titles this season if things go their way.