Now manager of Rangers, a job he is enjoying and keen to give his full focus, Gerrard left Liverpool at the end of the 2014/15 season in order to join LA Galaxy in Major League Soccer. 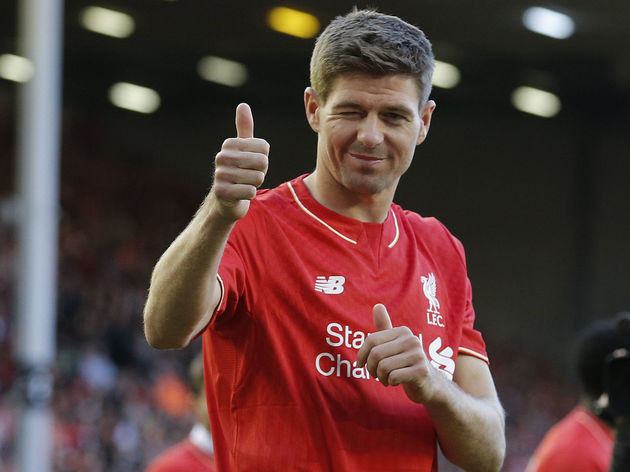 It had been a disappointing campaign for the club after going so close to the Premier League title the year before, and Gerrard - about to turn 35 years of age at the time - felt the time was right to bring down the curtain on his illustrious Liverpool career.

But it was just five months after Gerrard played his last official Liverpool game that Klopp arrived as part of a revolution that would fire the club back into life.

Gerrard, now 39, is not suggesting that he could still have been playing as the Reds aim for a first English league title since 1990, or that he has any regrets from his 17 years in the Liverpool first-team, but he still wonders what things might have been like had he held on for a little longer and had the opportunity to play under the popular German coach.

“I am very proud of my Liverpool career, I am very proud of where I am up to now in my management – I want to give that my full focus and keep trying to learn and grow and improve and see where that journey takes me now,” Gerrard is quoted as saying by Sky Sports.

“Imagine if I'd stayed at Liverpool a bit longer and maybe I'd bumped into Jurgen Klopp.” Gerrard suggested he might have been able to perform a fringe role under Klopp, perhaps appearing more as a substitute in the closing stages of games than starting regularly.

“Of course, it has crossed my mind - I would have loved that,” he said.

This is not the first time that Gerrard has spoken about missing out on playing for Klopp, commenting in 2017 that the ‘heavy metal’ style employed by the former Borussia Dortmund coach would have been ‘perfect’ for him as a player in his Liverpool heyday.

As recently as May of this year, Gerrard admitted he was ‘jealous’ of the current Liverpool players who have had the chance to work under Klopp.

“I wasn't lucky enough to play for Jurgen Klopp. Probably too old. Just missed the boat if you like. But, I'm almost jealous of the Liverpool players,” he explained.