Rangers are set to turn their attention to signing Liverpool youngster Kamil Grabara after missing out on Dominic Solanke.

Steven Gerrard was hopeful of landing Solanke after the striker was deemed surplus to requirements at Anfield, but his Rangers side were priced out of a deal with the Englishman instead securing a move to fellow Premier League side Bournemouth for a fee of around £19m. However according to ​the Daily Express, Gerrard is now set to move on and turn his attentions to another ​Liverpool youngster as he and his Rangers side are stepping up their interest in signing Grabara.

The 19-year-old moved to Anfield in 2016 from Polish side Ruch Chorzow and has since featured for the Polish Under-21 side, however is yet to make a senior appearance for the Reds. Given Liverpool's goalkeeping struggles in recent years, many academy coaches have tipped Grabara to grow into a top class keeper who could even give Alisson some stiff competition for the starting spot in Jurgen Klopp's side.

In the meantime, the youngster is in desperate need for some game time and may be loaned out away from the ​Premier League in order to get that.

Rangers have been busy in the transfer market, already on the verge of securing the signings of Jermain Defoe on an 18-month loan deal as well as Steve Davis who is set to re-join the club he previously spent four full seasons with on a permanent deal. 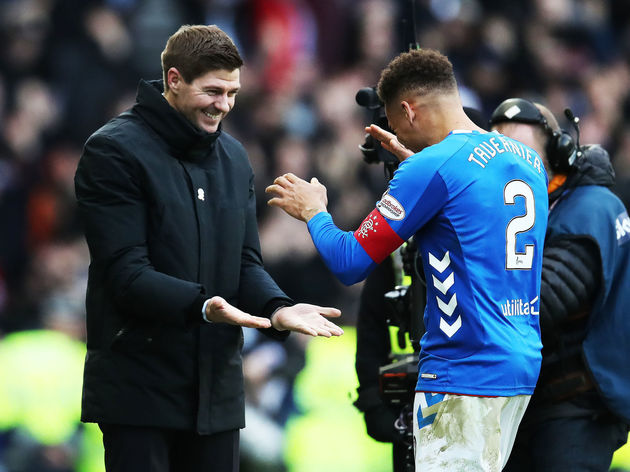 With the Glasgow club currently level on points with rivals Celtic at the top of the Scottish Premiership, it looks as though Gerrard is set to go all out in order to try and win Ranger's first top flight title since 2011.