The Liverpool Starting XI That Should Face Tottenham This Weekend

​While the FA Cup initially looked to be an unwanted distraction for Jurgen Klopp and his Liverpool side, it turned out to be a rather remarkable success. The vigour of youth won the day, allowing the first team a well-deserved rest and once again claiming bragging rights across Merseyside.

But now to more serious business for the Reds.

The league leaders are back in league action this Saturday as they look to continue their charge towards a first Premier League title, but they face a stern test. Tottenham lie in wait and, even without Harry Kane, Mourinho will undoubtedly have conjured some sort of 'master plan' to deal with the rampant Reds.

With that in mind, team selection will be key for Klopp, and here's how Liverpool should line up this weekend. 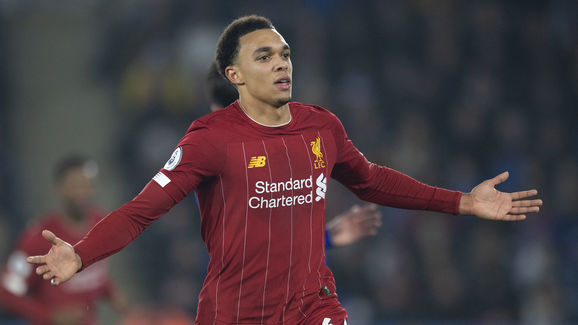 ​Alisson (GK) - Who else? While Adrian has been an able deputy - proven once again in the Merseyside Derby - Klopp would have to have lost his marbles to think about dropping the Brazilian shot-stopper. Arguably the world's best goalkeeper, Alisson may be busy this weekend, despite the absence of Kane.

Trent Alexander-Arnold (RB) - Only 21 years old, this man has been staggering this season. Eight ​Premier League assists and fresh from a December Player of the Month award, TAA will be licking his lips at the prospect of bombarding down the right flank at the Tottenham Hotspur Stadium, especially given Spurs' defensive frailties this term. The full back will have some defending to do as well, but he will be confident of raising that assists total come Saturday evening.

Joe Gomez (CB) - Finally returning to the form we have become accustomed to, ​Gomez has been key in Liverpool's recent clean sheets. The centre back led the Reds' defence to another shutout against Everton, while playing alongside three teenagers for the majority of the game, and is looking the perfect partner for Virgil van Dijk.

Virgil van Dijk (CB) - The Reds have kept five consecutive clean sheets in the Premier League, something that would be impossible without this man. The Dutchman will certainly be pleased to see Kane sidelined for this encounter, but Van Dijk is capable of gargantuan performances against any opponent. The pace and agility of Son Heung-min or Lucas Moura may pose different problems, but the centre-back will have no difficulty in adapting.

Andy Robertson (LB) - With the injury to James Milner, Klopp really doesn't have a choice but to play Robertson - not that he would have thought twice about it anyway. The flying Scotsman has been just as influential as Alexander-Arnold this season and will be raring to go after a much-needed rest against Everton. Jordan Henderson (CM) - Perhaps ​Liverpool's most underrated asset, Henderson has stepped into the rather large shoes of Fabinho with ease. The Brazilian's injury has enabled the club captain to flourish in a more defensive role with his ability to break up play paramount to the Reds' game plan. Not only this, but his passing is improving day on day and he is beginning to earn the respect he truly deserves among those in England.

Georginio Wijnaldum (CM) - With Fabinho and Milner injured, as well as Naby Keita out, ​Wijnaldum is all but guaranteed a start. The Dutchman's performances have been fantastic in recent games, particularly in Liverpool's victory over Sheffield United in their last league outing. The midfielder will provide great balance between attack and defence for the Reds and is hopefully unfazed by ​talks about his future this week.

Alex Oxlade-Chamberlain (CM) - Being used as a substitute for the FA Cup - a game in which many assumed he would start - is probably a good sign for the Ox. His performances this term have been great but all too fleeting. However, injuries may force Klopp into starting the Englishman. ​Chamberlain's wonderful ability to connect defence and attack, as well as drive at the heart of the opposition backline and make space for others will be of great significance in this heavyweight clash. Mohamed Salah (RW) - The Egyptian has a knack of scoring against ​Spurs, having netted four in his last five matches against the Lilywhites, including the winner in the reverse fixture. Ten goals in the Premier League this season is an impressive total, but we all know that ​Salah can produce more. If he decides to turn up this weekend, Spurs' fragile defence could have a very long afternoon.

Roberto Firmino (ST) - Liverpool's FIFA Club World Cup talisman has struggled for goals this season, but he remains impossible to drop for Klopp. The forward is so integral to Liverpool's attacking dynamism and fluidity, providing so much support for the trailblazing wingers at Anfield. Also, ​Firmino may be in luck as all his goals have come away from Merseyside this season. Coincidence?

Sadio Mane (LW) - Having just picked up the award for African Footballer of the Year, ​Mane is on cloud nine at the moment. Beating teammate Salah to the trophy shows just how important the Senegalese attacker has become to the Reds and he will fancy adding to his 11 league goals this season up against Tottenham's questionable full backs.