​We're eight games into the new Premier League season, Liverpool have won all eight of their fixtures and hold an eight-point lead over Manchester City - it's not looking great for Pep Guardiola.

The Catalan won't be the slightest bit worried, however. It's barely October, with the Sky Blues having closed a similar deficit to the Reds as recently as January. Last term, Jurgen Klopp's recruits were seven ahead of their rivals with far less time to throw that advantage away, yet they did so nonetheless. If the remarkable 2018/19 top-flight campaign has taught us anything, it's that both sides are more than capable of racking up an exorbitant number of victories. When that's possible, eight points is not an insurmountable gap to make up, right?

​Liverpool are the ones currently blitzing their way to wins, but thing can change quite quickly. All it takes is two frustrating draws, as we saw last year, and the title race is well and truly on again.

From Spring onward - when ​City knew they couldn't afford to drop points - Guardiola oversaw a stunning sequence of results; his men winning 19 of their remaining games.

It really wouldn't be a shock to witness a similarly brilliant win-streak in the coming months, regardless of their shaky showings in recent weeks. 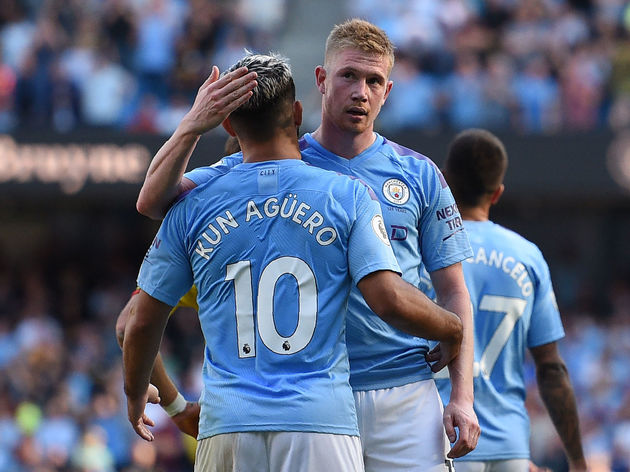 A 2-1 loss at relegation-threatened ​Newcastle United preceded the Citizens' tally of 19 wins in a row, with ​Crystal Palace and Claude Puel's mutinous ​Leicester City likewise beating them over the winter.

It's clear that good form isn't required before Guardiola's team hit a purple patch; all that's needed is some strong motivation.

Still, this is all irrelevant should Liverpool maintain their phenomenal, ​record-breaking start to 2019/20. How can this seemingly-unstoppable charge to glory be halted? 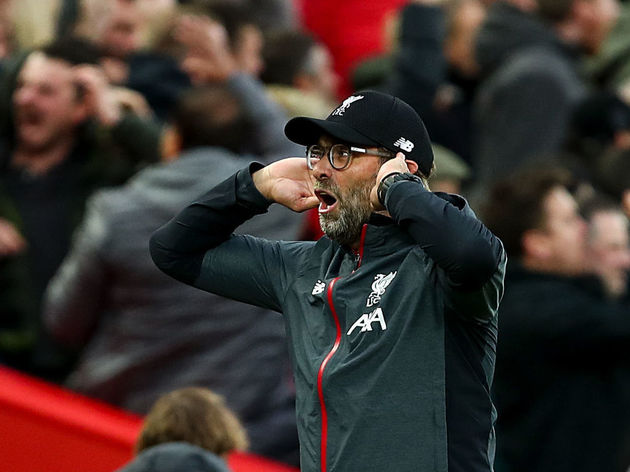 Think back to the mid-stage of last season. The Reds were rampant, shredding sides at will and looking nailed on to collect a first English crown since 1990. Of course, that did not transpire.

Anfield is plagued by anxiety, at least when it comes to a ​Premier League title tilt. The pressure of having never won the first division since its re-branding seems to get into the minds and bodies of the crowd, which invariably seeps through to the players.

A shambolic Leicester outfit, still under Puel's management, defied the odds to steal a draw on Merseyside as the tension got to Klopp's boys in January. Likewise, ​West Ham United and ​Everton were able to take a point off Liverpool at a pivotal time in the year.

All three would have been put away with ease had the stress not hampered the Reds' on-field performance. There's little to suggest they won't cave in similar circumstances this time around, given the squad is near-identical to last season's.

Liverpool missed the chance to return to the top of the Premier League as they were held to a 0-0 draw by Merseyside rivals Everton at Goodison Park.https://t.co/PLJEOJZk6w pic.twitter.com/9BC2eWe1aE

Sure, the pain of missing out in May serves as added impetus, but that extra motivation will not alleviate the nerves around Anfield. There will still be agitation and apprehension amongst the fans.

Such stress levels will only rise if City begin another winning-run, with the pressure of being chased further harming Klopp's cause. Additionally, it is worth considering some of the weaknesses that have been exposed in Liverpool's last few games.

​Sheffield United found joy in utilising the space left down the flanks by Trent Alexander-Arnold and Andy Robertson, meaning there are chinks in this armour that can be targeted. That won't rest easy on Klopp's mind, nor those of Reds supporters. The Belgian will be available long before the two clubs' first meeting of the Premier League campaign in November. A terrifying playmaker, capable of single-handedly winning matches, he could prove the difference at Anfield.

For the return game at the Etihad Stadium in April, all three are expected to be back. That may well be a decisive contest in the destination of the trophy, making it imperative that Guardiola has a full compliment of players to choose from.

Even without De Bruyne in the second encounter, the Sky Blues took four points from their clashes with the Reds last term. They will almost certainly need to match - or even better - that record this year. They are definitely up to the challenge.