campaign kicking off this weekend. With matches all around the continent, it doesn't matter where you are. The German domestic season gets underway this weekend too (the second division started last weekend, but...) with Dortmund taking on ​Bayern Munich in the Supercup on Saturday. The two sides were involved in a painstakingly close title race in the Bundesliga last season, with Bayern eventually coming through and pipping their rivals to win their 29th German league title.

​BVB have been impressive in pre-season, winning all five of their matches. In comparison, Die Roten have won three and lost two (incl. pens) in a mixed pre-season. This form has to be taken with a pinch of salt - with the German Supercup providing the first chance to see who holds the upper hand.

Check out ​90min's full preview of that one! ​Fulham travel to Oakwell to face Barnsley on Saturday, in the first round of jam-packed fixtures on a hectic Saturday in the Championship.

The Cottagers will be hoping to bounce back to the Premier League at the first time of asking, following a bitterly disappointing campaign last season. They've let go of some of their star men, but have also brought in players, including Anthony Knockaert and Ivan Cavaleiro.

Barnsley battled back to the Championship, and will be hoping to consolidate their place this time round. Expect plenty of goals – it's Fulham, after all. In a similar situation to Fulham, ​Cardiff endured a miserable return to the Premier League. Nonetheless, the Bluebirds will be hoping they can get off to a positive start when they take on Wigan on Saturday.

Wigan have made a whole host of signings, and could hand debuts to many of them. Having achieved safety last season, they will be hoping to push on and move higher up the table.

This match on Saturday promises to be a belter as both teams go in search of a positive start.

Oh, and Wigan's new mascot is a pie. An actual pie. So there's that. 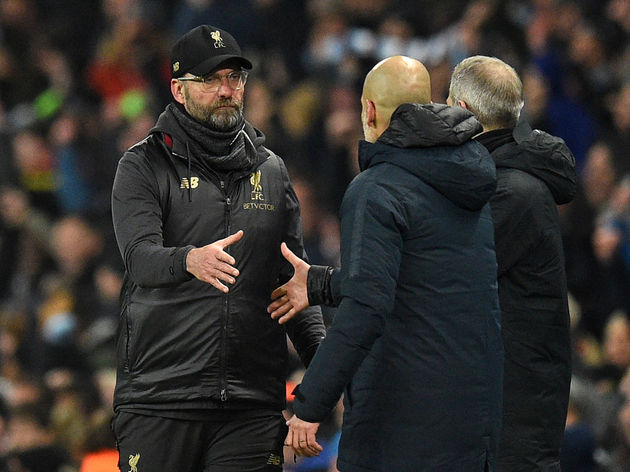 The FA Community Shield is perhaps the most high-profile game of the weekend, with the battle set to commence once again between ​Liverpool and Manchester City on Sunday at Wembley.

The Reds have endured a pretty poor pre-season, but ended it on a high with a comfortable 3-1 victory over Lyon on Wednesday. ​City in comparison, have had a strong pre-season despite their loss on penalties in the final of the Premier League Asia Trophy to Wolves.

The 2018/19 Champions League winners taking on the Premier League champions - there aren't too many games with more star-studded lineups. The Community Shield will be the first chance for either side to put in a statement performance, making this a potentially mouthwatering match.