Liverpool travel to Tottenham in the Premier League on Saturday as the Reds look to extend their lead at the summit of the table.

The league leaders sit 13 points clear of second-placed Leicester with a game in hand, having only dropped two points all season, with many believing Jurgen Klopp's side already have the league title wrapped up. 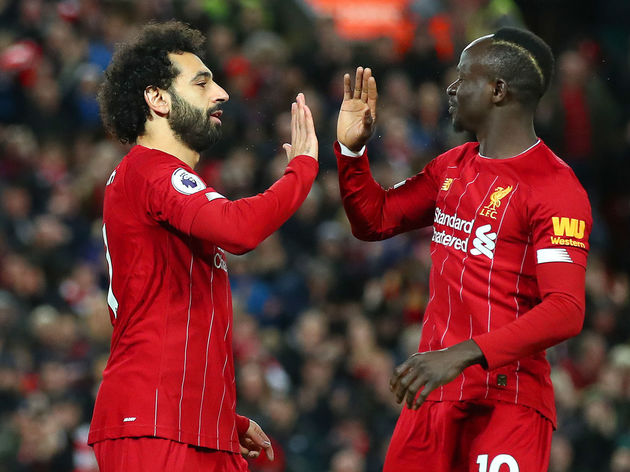 The home side, on the other hand, were poor over the festive period and reside in sixth place. They have won two and lost two in their previous five league games and sit six points behind Chelsea in fourth.

Tottenham have their fair share of injuries, with a number of key players watching on from the sidelines. ​Moussa Sissoko will continue to miss out with a knee injury, with a projected return in April. Hugo Lloris has not featured since October, but could return within the next few weeks.

Danny Rose has been ruled out with a calf injury but is expected to return in the coming weeks. Tanguy Ndombele will also miss out with a hip injury that kept the Frenchman out of Spurs' FA Cup tie at Middlesbrough.

Harry Kane is not available as he suffered a hamstring tear on New Year's Day and could be out for a number of weeks. Left back Ben Davies sustained ankle ligament damage in November and will continue to miss out, with no return date set. Liverpool could welcome back two players from injury. Xherdan Shaqiri, who picked up a muscle injury during his side's victory over Wolves, could return, while Joel Matip, who has been missing for three months with a knee problem, has his sights set on a comeback in London.

Dejan Lovren remains on the sidelines with a muscle injury which has kept him out of Liverpool's previous four league games. Fabinho will also not feature, as ligament damage has kept the Brazilian out since November.

Naby Keita is a doubt as he picked up a knock which kept him out of Liverpool's last league outing against Sheffield United. James Milner was taken off early in the Merseyside derby, and could watch on from the sidelines.

​Historically, Liverpool have dominated this fixture, which probably isn't too surprising.

With 84 victories in 174 meetings, the Reds' dominance is clear to see, with a 48% win ratio. Comparing this to Spurs' 27% record and 48 wins, Liverpool have outclassed their opposition on numerous occasions and this fixture will be no different. Most probably. Their last meeting ended 2-1 to Liverpool, despite Spurs taking the lead inside a minute. Since this clash in October, the Reds have picked up maximum points, which does not bode well for the home side.

Spurs have recorded just one victory over Liverpool in 15 meetings, with the away side winning ten during this period, the most lucrative coming in the Champions League final when Mohamed Salah and Divock Origi got the all important goals.

It is fair to say that Liverpool are enjoying the better form of the two sides at the moment, with the Reds dropping just two points all season.

Five wins on the bounce have seen the league leaders extend the gap between themselves and Leicester to 13 points with one game in hand, with the elusive Premier League trophy already within touching distance. Tottenham, on the other hand, have been inconsistent after a promising revival under Jose Mourinho. Two wins and two losses in their previous five games have halted their push for a place in the top four, while the loss to Southampton in their last fixture dragged Spurs further away from their goal of Champions League qualification.

However, they have been impressive on home turf this season, suffering only two losses at the Tottenham Hotspur Stadium in the Premier League, against Newcastle and rivals Chelsea.

Here's how both teams have fared in their last five matches.

Liverpool are in extraordinary form and have shown no signs of slowing down, especially with the Premier League trophy in sight. Tottenham have struggled to get any form going but will be wary of the top four slipping away from their grasp. With the gap between first and second ever-growing, Liverpool will be looking to get the Premier League wrapped up as soon as possible, and will return from north London with three points.