When Gareth Bale joined Tottenham Hotspur in 2007, the north London club believed they had signed the best left-back in the country. Little did they know, they had actually won the lottery, and had invested in one of the most devastating wingers in world football.

Once in a generation, a player comes along with so much talent that it becomes almost impossible to pigeonhole them into a traditional position. In Trent Alexander-Arnold, Liverpool and England believe they possess the best right-back in the Premier League. But the 21-year-old has the potential to be one of football's very best midfielders. Despite plying his trade in the unfashionable right-back role, ​Alexander-Arnold is Liverpool's playmaker. The youngster bombs up and down the touchline, producing crosses the likes of which we haven't seen since David Beckham graced our ​Premier League turf.

The starlet provided twelve assists from his wide position last season, and created countless more goalscoring opportunities for his grateful attackers. His offensive powers are so potent that his defensive capabilities are rarely discussed, which speaks volumes of the ​Champions League winner.

In terms of defensive awareness and understanding of the game, Alexander-Arnold still has plenty to learn, which is completely natural for a young man learning his trade at one of the biggest clubs in the world.

But his ability on the ball and consistency in delivery suggests he has already outgrown his restrictive right-back role, and it might be time that the England international embarks on a new career in the centre of the park, where he can really affect the outcome of games.

Learning how to play a different position is never easy, but one Premier League midfielder has created a new role in which Alexander-Arnold would certainly thrive. ​Kevin De Bruyne has started this new season with something to prove, and boy, is he staking his claim as the English top flight's MVP.

The Belgian maestro has already produced a staggering eight assists this season and nearly all have come from his new-found inside-right role. ​Man City's

So, a more advanced role, the possibility to whip in cross after cross for 90 minutes Southgate has cleverly replicated the Reds' hard-working physical midfield approach along with their pacy destructive three-pronged attack, and he has managed to combine it with the Citizens' high-risk strategy of playing out from the back at all costs.

But both Liverpool and England's midfield lacks a creative spark to take the pressure off the front three and unpick the lock of the most stubborn defences. If Southgate can help transition Alexander-Arnold into De Bruyne's free inside-right role, then England and Liverpool may possess a weapon equally as deadly as the Belgian magician.

However, Alexander-Arnold may not be the sole reason that Southgate could be tempted into pushing the Liverpool star forward. England's strength in depth at right-back is frightening, and frankly a little wasteful.

​Kieran Trippier, ​Kyle Walker, Aaron Wan-Bissaka are all vying for the starting spot along with the Liverpool man, and freeing up a position for the more defensively capable Wan-Bissaka would provide a perfect balance to England's right flank.

The England boss remains insistent on fielding two defensive-minded central midfielders, so a forward-thinking and creative player with a mind-blowing array of passes at his disposal such as Alexander-Arnold would fit the bill nicely. 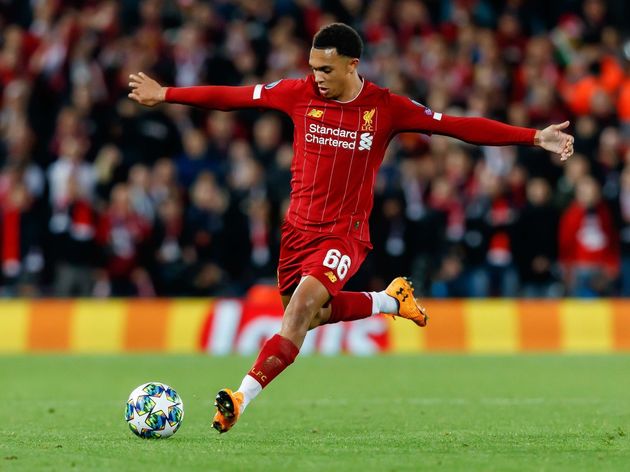 Liverpool's lack of depth at right-back suggests that Klopp may be more hesitant to test out this potentially game-changing experiment, but if the Reds found the right man to replace the 21-year-old, the German coach might be inclined to give it a whirl.

Despite the earlier comparison with ​Real Madrid superstar ​Bale, there is a major difference between the pair. The Welshman was thrust into his attacking role simply because he wasn't good enough defensively. Alexander-Arnold has managed to make that position his own, despite clearing possessing a plethora of talents which are nullified by his confined defensive role.

We might be sitting on our very own gold mine.