It is the first time that Alexander-Arnold has won the prestigious monthly prize in his fledgling career, while he is the first defender to win since Liverpool teammate Virgil van Dijk in December 2018 – it is almost always usually won by attacking players.

Reds forward Sadio Mane won it for November, making it two in a row for Liverpool.

“We’ve had a good month as a team. There were many players that were up for it so it’s an honour to be the one that won it,” he added.

Liverpool and Alexander-Arnold were on fire throughout December. The Premier League leaders won all five games they played, with the 21-year-old England star particularly devastating in a top of the table clash with Leicester on Boxing Day, getting a goal and two assists. 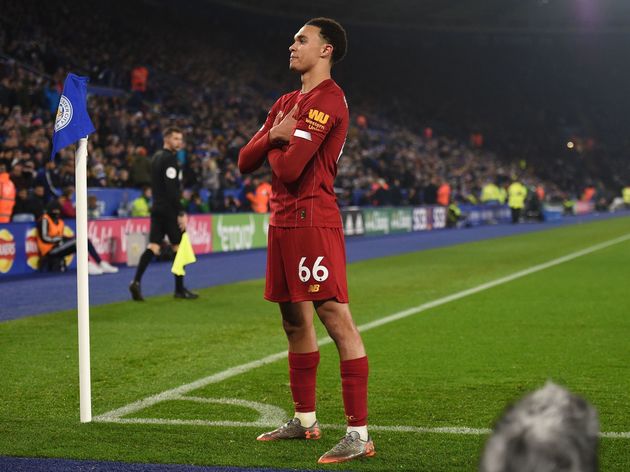 Just halfway through the campaign, Klopp has now equalled the record set by Pep Guardiola in 2017/18 for most Manager of the Month awards in a single season. The December gong is already his fourth of 2019/20 after wins in August, September and November.

Of the last 10 Manager of the Month awards stretching back to last season, Klopp has won six.

“It’s really good, and in this moment the only thought I have, I want to win it in January,” the Liverpool boss told the Premier League’s official website.

“Before a game I always have this kind of feeling where I’m massively concerned about how will things go. So, that keeps us really concentrated and the boys are like this as well.

“We are ready to fight through the season, and that’s what we have to do.”