​Liverpool right-back Trent Alexander-Arnold has named Manchester United's Marcus Rashford as the toughest opponent he has ever faced, specifically recalling the pair's meeting in March 2018.

At that time, Alexander-Arnold had only recently established himself as the first-choice starter, but his confidence was left in tatters after Rashford capitalised on his inexperience to net twice in the opening 25 minutes of the game, which United won 2-1. 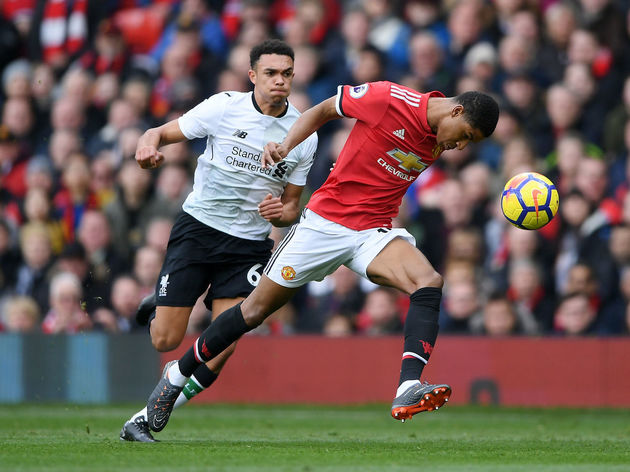 Speaking to ​The Athletic, ​Alexander-Arnold confessed that it was the toughest challenge of his career, but he learned from it and used it as inspiration to improve.

"Yeah, [it was] the toughest in terms of a direct opponent and someone getting on top of me in professional football. I’d say I underestimated [​Rashford]," the right-back admitted.

"It was a massive learning curve for me. It was something that I hated happening. As a ​Liverpool player it’s probably the worst game of the season to perform like that. But when things like that happen you have to learn from them. "It was a wake-up call. You hate days like that. You don’t want to experience that. You remember how it felt and that makes you try everything you possibly can to ensure you don’t have another one like it."

After the game, Alexander-Arnold went to meet with academy director Alex Inglethorpe to try and determine what went wrong.

"I massively respect his opinion and he’s always been there for me, he still is now," Alexander-Arnold revealed. "I found that growing up, he’s someone who would always tell me the truth, no matter how much it would hurt me. That kind of honesty is exactly what you want from people.

This club 😍 Very proud to have made 100 appearances. More to come... #YNWA 🔴 pic.twitter.com/liF7IhiDw1

"It’s quite hard to come across in football because some people don’t want to hurt your feelings. But Alex always tells me the truth. We talked about what had gone wrong and how I could improve and to try to make sure it didn’t happen again."

Since that game, Alexander-Arnold has gone on to establish himself as one of the finest right-backs around. He made his 100th appearance for Liverpool in Saturday's 2-1 win over ​Aston Villa and he has been vital to the Reds' impressive start to the campaign.