​That was a bit of a breathless first half, wasn't it?

In case you haven't been watching, one of the biggest derbies in world football is being played out at Old Trafford, with Manchester United hosting Liverpool. And it hasn't been without incident. 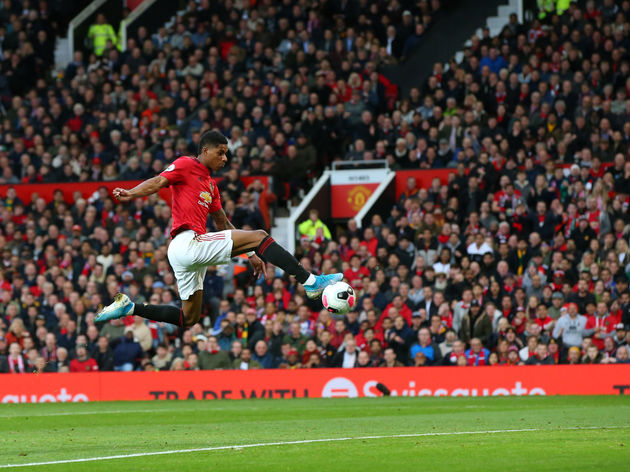 Well, we got our first bit of major drama came around the 36th minute, when United took the lead through Marcus Rashford.

The Red Devils turned over possession with what looked like a foul from Victor Lindelof on Divock Origi, only for referee Martin Atkinson to allow play to continue, United moving the ball quickly before Daniel James crossed brilliantly for Rashford to tap in for the game's opener.

Foul? No foul? Was it a clear and obvious error?

Well, there are a few opinions floating around in the Twitterverse...

A brilliant finish, too, from Rashford. Did look like a foul in the build-up from Lindelof but United were due a decision from Martin Atkinson. But VAR...

I thought it was a foul watching live. But it was a tad soft, and given ‘the high bar’ it’s a goal IMO.

Am I the only one thinking that it was not a foul on Origi and it should have been a goal for Rashford?

Feel like VAR has actually got both decisions correct. #MUNLIV pic.twitter.com/xSud6fRjIV

Mané's goal was handball, we are not arguing abt that ... But, Rashford's goal should not have stood, Origi was clearly fouled VAR officials should rectify the errors made by referees. Instead, they are mostly going by the decision which referees are taking on field臘‍♂

Yet another example of VAR not working as it should. Blatant foul. If he looks at the monitor he overturns his decision. Mane goal correctly disallowed though.

VAR is useless, episode 307. Magnificent from Rashford, however. Turned Matip inside out.

​​Well, if those in the control room were feeling somewhat generous in giving that goal, they didn't show that The goal has been ruled out by VAR, after a handball by Mane. It remains 1-0 to the hosts.

Delle Ali *controlled the ball* with his arm, goal stands. Touches Mané's hand accidentally after deflecting off his hand and VAR disallows it. The system is a waste of time in current form.

Watched it a few times and I think Origi throwing himself to the floor makes it look like it’s just a dive, there was a bit of contact but no foul for me, no where near enough contact. On the other hand, clear handball from mane. Both decisions correct, VAR doing its job 👍

Sadio Mane ball to hand goal not given against Manchester United.

​​Well, there's nothing to be done about that.

Currently, ​United are heading for a morale-boosting victory, while ​Liverpool are staring down the barrel of a first league defeat of the season. Needless to say, it would be a massive coup for Ole Gunnar Solskjaer if his side can hold on and secure all three points, with the club supposedly in crisis after a wretched few months.