Liverpool defender Virgil van Dijk insists that he has his eye on scoring more goals for the club after netting twice in midweek, but claims that his first priority will always be to keep the ball out of his own net.

The 27-year-old is inconsistent with the number of goals he scores and more often than not they come in spurts, just like his two against Watford on Wednesday and during the Nations League group stages where he finished as Holland's joint top goalscorer.

Van Dijk insists that he knows he gets special treatment from defenders at set pieces and that he's now trying to work on creating more scoring opportunities when he does venture up the other side of the pitch. "For myself, personally, to get two goals was great but I'm more satisfied with the clean sheet because if you are 2-0 up at the break sometimes you can get sloppy in the second half and I thought we were focused," Liverpool's van Dijk said, quoted by Sky Sports.

"Most of the time with set-pieces I'm always marked by the opponent's best header.

"It is something I am aware that I need to improve. I am working on it, trying to get better with it, and the only way to improve is to train and work."

As well as Van Dijk's brace against Watford on Wednesday, Liverpool now have 25 Premier League cleansheets since Virgil's debut, that's more than any other Premier League side in that time. “Watch him defend, And watch him score”.

Van Dijk scored his first ever goal for Liverpool in a Merseyside derby last year and the Dutchman will be looking to keep his scoring run going when they travel to face Everton at Goodison Park on Sunday.

"I like it to be fair," he added about the hostile atmosphere at derby games. "It is always something which motivates you even more and it is a great game to play in. 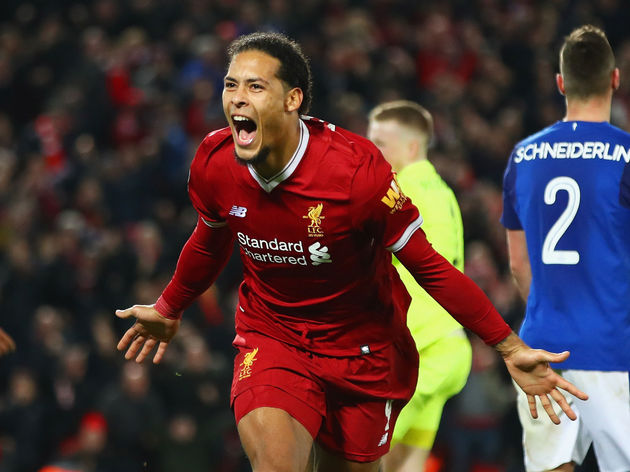 "It's the derby and it's special but we want to show our quality, win the game - hopefully with good football but if not, we are going to fight for it."