​Virgil van Dijk and Raheem Sterling look set to claim the two main Player of the Year prizes, with the Liverpool defender set for the Professional Footballers' Association award and the Manchester City man on course for the Football Writers' Association's prize.

Both men have been the beating heart of their respective sides this season, with ​Van Dijk helping Liverpool to 16 clean sheets in the Premier League this season, conceding just 20 goals - the lowest total in the league. He also had some key moments at the other end of the pitch, with three goals and two assists domestically, and two more of each in the Champions League. 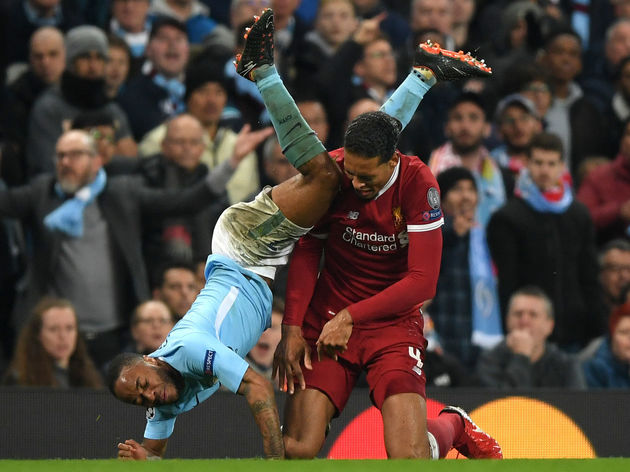 ​Sterling, meanwhile, has 17 goals and nine assists in the league this season, the joint-second highest goal contribution tally, with six and seven more of each across competitions.

And, as reported by the ​Times, the duo are both set to be rewarded at the end of the campaign with invidual gongs, regardless of which side pips the other to the Premier League title.

According to the newspaper's sources, the Englishman and Dutchman are set to split the two biggest awards, with Van Dijk earning the nod from his fellow players in the PFA, and Sterling sealing the approval of the FWA. Voting for the latter does not conclude until April 28th, but the former have finished their counting ahead of the ceremony next week.

This would continue the trend of no ​City player ever winning the top award at the PFAs, despite three league titles in the last seven years, but would buck a 50-odd year wait for a FWA nod.

Who's had the most disappointing run in this season's Champions League?  https://t.co/o5TJSDe8sN

Despite never (yet) winning a Premier League trophy, ​Liverpool have won both awards twice in the last five seasons, with Luis Suarez and Mohamed Salah sweeping the categories in 2013/14 and 2017/18 respectively.