Liverpool defender Virgil van Dijk has opened up about his chances at winning the Ballon d'Or later this year, and the task his side face in toppling Manchester City in the Premier League.

The Reds lost on penalties to City in Sunday's Community Shield and, speaking to ESPN, van Dijk admitted: "They are incredible. 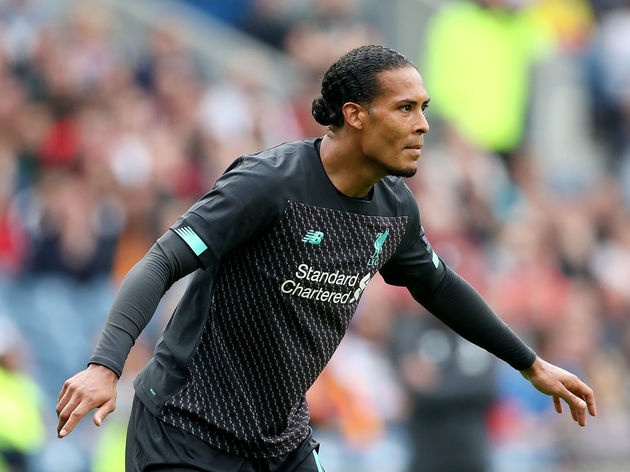 However, he then added: "And so are we. To get so close in the league was remarkable -- 97 points and just one defeat -- so it was disappointing not to win it, but I put that feeling away. I could respect that City were one point better last season.  It's driven me on to work even more, to push the limits and help do everything we can to win.

"We know it will be difficult, because they will improve and so will the other teams, but we are not afraid of challenges."

Moving on to his frontrunner status for the Ballon d'Or following Champions League victory, the Dutchman declared: "It's something special to have your name associated with such a prestigious award, more so because defenders hardly get considered.

"It's nice, but the only thing for me to focus on and control is continuing to play at a high level. I have to start strong again along with the rest of the team so we can meet our ambitions: that's more important."

The defender then spoke about how passionate the club's fanbase are, explaining: "When you look at the Barcelona game, the scenes from the parade in the city and you watch videos of them celebrating all over the world, it says everything. It's unbelievable to be involved in something so special.

"I think the minimum you can do at such a beautiful and big club is to give everything you've got and have no regrets when you leave the pitch because you know you did everything in your power to win the game.

"The fans appreciate that. That's the mentality we all have in the squad; we will work every yard of the pitch and work for each other: it's our base. No one can blame us for not trying, for not having ambition because we give everything."

After Pep Guardiola got a yellow card in the Community Shield, take a look at the other rules coming in...

In typical deflective fashion, the 28-year-old then chose to speak on the merits of his defensive partner Joel Matip, saying: "How we ended the season was unreal, and I told him after the [Champions League] final that I was personally so happy for him because the year before he played no part in Kiev, and he had a thigh problem at the beginning of the season.

"At Liverpool, we are all part of one unit, not just the 11 on the pitch."

As for that famous victory in Madrid, and its effect on the season ahead, the centre-back said: "We've got the big one, but that's only a start. The time for celebrating is over, let's get back to work."