Liverpool centre-back ​Virgil van Dijk has explained the thought process behind defending the two-on-one counter-attack that threatened to hand Tottenham the lead in the closing stages of the clash at Anfield.

With the scores locked all-square at 1-1 in the 85th minute, a swift break-away from Mauricio Pochettino's side saw Moussa Sissoko race away with teammate Son Heung-Min. 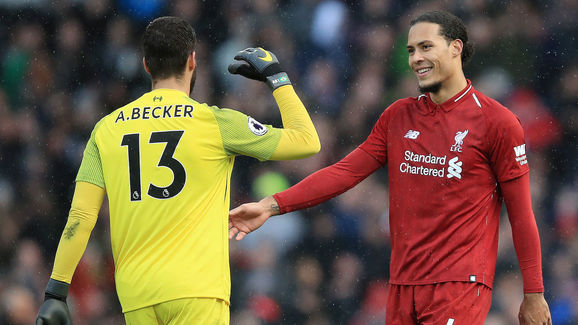 Despite the visitors having the man advantage, Dutch international Van Dijk expertly closed off the space for a potential pass to Son, and recovered enough to cause Sissoko's effort to go well over the bar.

With the Reds going on to snatch victory in the dying stages thanks to a Toby Alderweireld own goal, Van Dijk's defensive display left many to praise the 27-year-old's impact and contribution to the eventual win.

Speaking after the game about the crucial moment in the game, the former Southampton star said (via journalist ​James Nalton's Twitter): "I see Sissoko and I know he's right-footed, and Son normally finishes these chances, so yeah, I decide from that."

Gary Neville: "Young defenders, you must watch Virgil van Dijk. He picks the lesser of two evils. Sissoko can have it on his left foot, not letting him pass to Son. He can’t win it, you have a choice: which of these do I want to have the shot? It’s Sissoko. Really good defending"

​Liverpool boss Jurgen Klopp added: "Virgil defended it brilliantly. The best way you can do it. If you cannot win the challenge then make the attacker make the mistake."

Following the Reds' last-gasp win, Klopp's men return to the top of the ​Premier League table and are two points clear of title-rivals Manchester City, who have a game in hand.

Despite concerns over a potential injury, Van Dijk is in line to face his former club Southampton when Liverpool take on the Saints on Friday night.